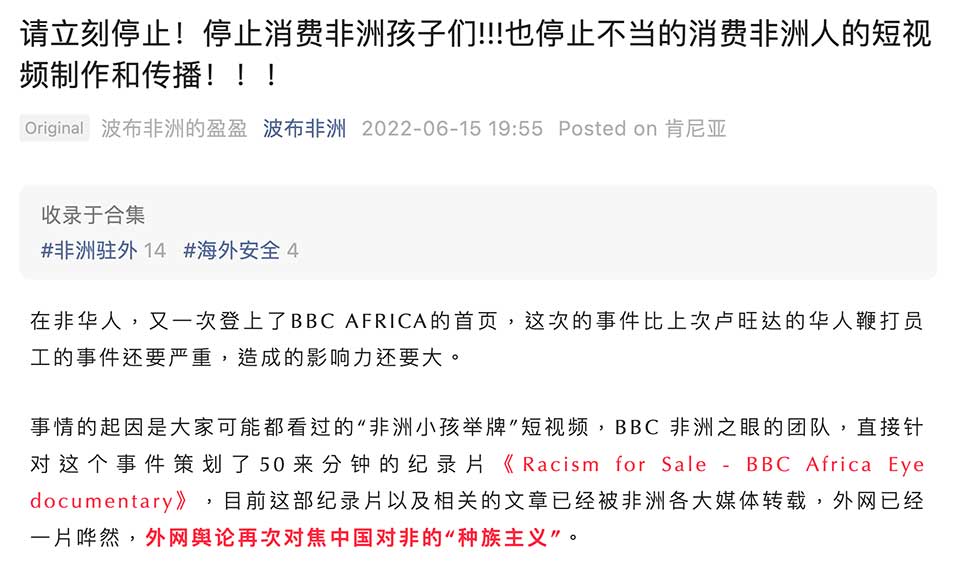 “Africa Bob” (波布非洲) is a popular Chinese commentator and content creator about African issues on WeChat. The following is a summary translation of his post that reflects on the controversy about the exploitation of African (Malawi) children used to produce short form videos by Chinese merchants.

Chinese in Africa once again made the headlines on the BBC. This time, though, it was even more serious than the last time when a video of a Chinese mining boss beating his employee went viral. 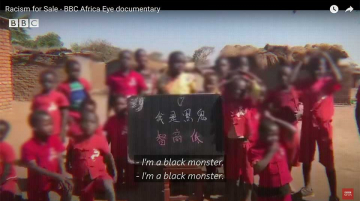 The BBC debuted a documentary investigating the origin of commissioned videos of African children being coached to recite messages in Chinese that have gone viral in China. These ... 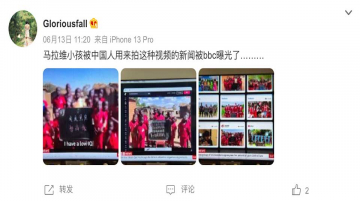 Over the weekend, in the run-up to Monday’s broadcast of the BBC documentary, some of the staff at the network were bracing for what they expected would be a forceful response from China’s ... 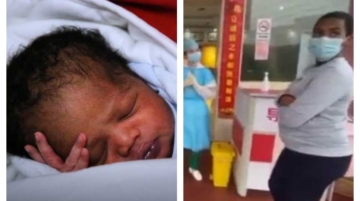 CGTN Africa wants everyone to know that African women can deliver babies in Guangzhou. It’s a rather odd story for an international news channel to run but this is clearly a piece of ...
Previous Story: China’s Top Diplomat for Africa Vows to Crack Down on Offensive Videos After Meeting With Malawi FM
Next Story: BBC Documentary Sparks More Reflective, Less Racist Discussion on Chinese Social Media