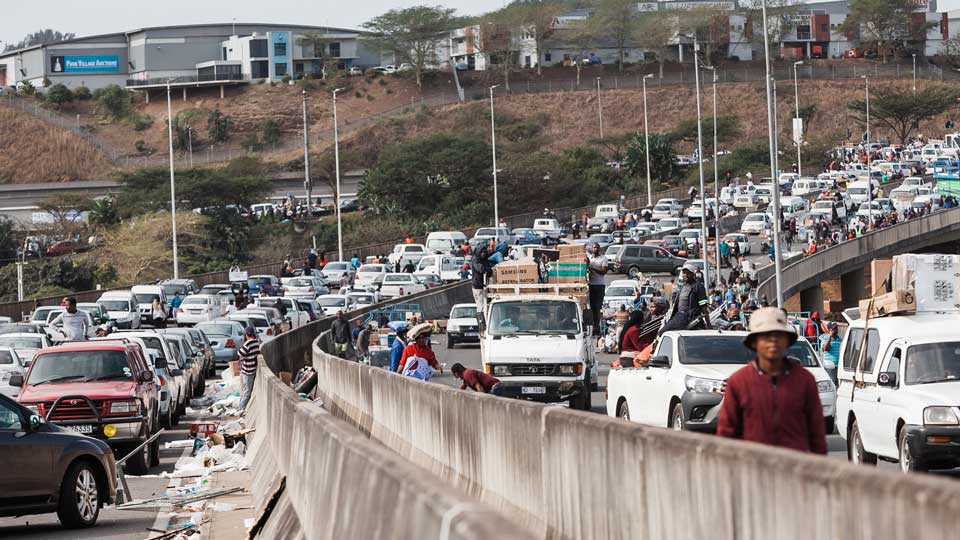 Vehicles sit gridlocked on Queen Nandi Drive after widespread looting in a commercial hub of Durban on July 13, 2021. AFP.

With most strategic mineral exports from the Democratic Republic of the Congo shipped to China through the port of Durban in South Africa, the recent closure of the N3 highway that connects the port to Johannesburg presents a potentially costly disruption to vital supply chains. Authorities were forced to close a portion of the highway on Wednesday due to the escalating violent protests in South Africa, prompting truckers to find alternate routes that will delay deliveries to the port. The Port of Durban is sub-Saharan Africa’s largest and busiest port, with a lot of goods heading to China, South Africa’s largest trading partner. (BLOOMBERG)

China’s third-largest cobalt refinery Jinchuan Group will soon increase its production output of nickel-cobalt-manganese (NCM) to meet surging demand for electric vehicle batteries in China and around the world. The state-owned Jinchuan Group owns four copper/cobalt mines in the DRC and another in South Africa and highlights the growing dominance of Chinese public companies in both the extraction sector in Africa and the more critical processing sector. China now controls around 80% of this market. Jinchuan plans to more than double its production capacity from 30,000 tons per year of NCM to 120,000 tons per year. (ARGUS MEDIA) 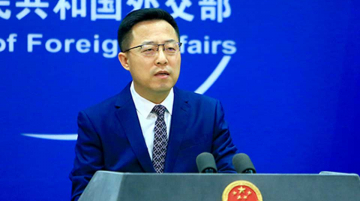 The Chinese Foreign Ministry issued a travel warning on Monday for its citizens in both Nigeria and the DR Congo and called on its nationals in high-risk areas in both countries to evacuate ... 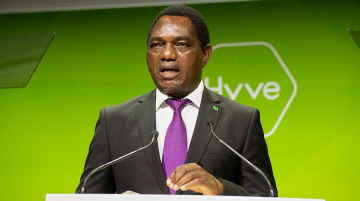 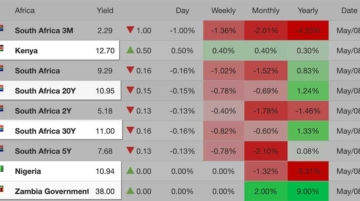 To understand why African finance leaders are so determined to avoid a default on their Eurobond debt all you have to do is look at the current interest rates that many of the ...
Previous Story: Chinese Businesses in South Africa Form Armed Self Defense Groups to Protect Their Property From Looters
Next Story: Can BRI and B3W Co-Exist in Africa?