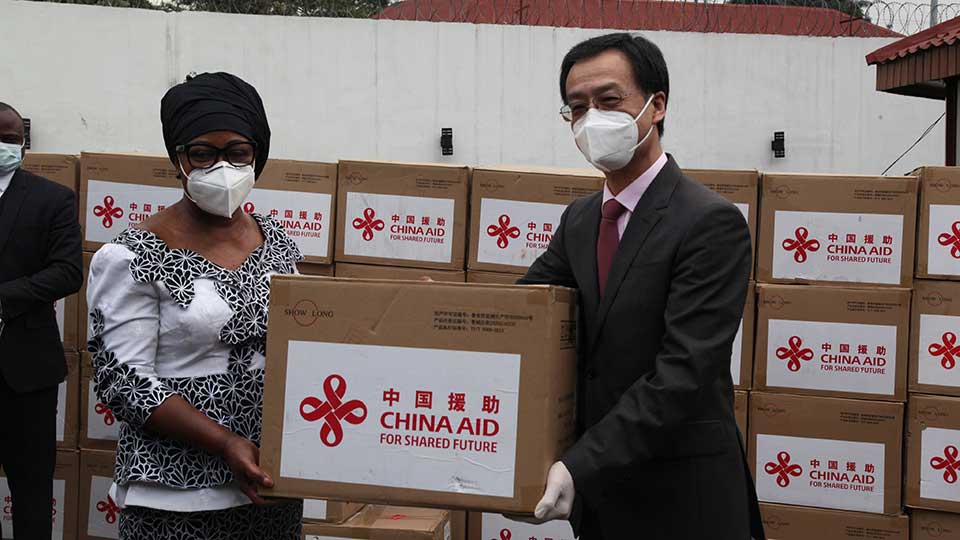 The first lady of the Republic of Congo, Antoinette Sassou-N'guesso receives a donation of COVID-19 PPE at the Chinese embassy in Brazzaville on July 1, 2020. Photo via @chinaembcongobz.

The COVID-19 pandemic triggered a wave of donations and exports of Chinese-made medical products around the world, including in Africa. And while in many cases these much-needed supplies were met with gratitude, in both social and traditional media in Africa, concerns were raised about the quality of the Chinese products.

Many of these fears, such as the worry that Chinese products were contaminated with the virus, were totally unsubstantiated. However, the general concern about the quality of China’s medical supplies taps into broader-term unease in Africa about the standard of Chinese products shipped to the continent.

What the opinion data show

Data from Afrobarometer, a non-partisan institution that conducts survey research across the African continent, shows that African citizens generally hold favorable views of China, and are particularly positive toward China’s development finance and investment projects.

However, when Afrobarometer in 2014-15 asked respondents what factors contribute to a negative image of China, the most frequent response by far was the poor quality of Chinese products.

And, medical supplies have long been a flashpoint in these quality concerns. In particular, blame for the prevalence of counterfeit medications for diseases such as malaria in African markets has been pinned  in part on Chinese manufacturers.

So what lies behind these issues, and what can be done about it?

Too Many Players, Too Little Monitoring

Regulation, monitoring, and enforcement are the standard tools with which governments prevent companies from making and selling sub-standard and dangerous products.

And, the Chinese government has long been engaged in a battle to crack down on fake medical goods in China.

However, both Chinese and African governments face a fundamental problem when dealing with the supply of Chinese medical products – and with Chinese manufacturers more widely – on the African continent. They simply don’t know how many Chinese companies are trading in African states, or where they are. Without this knowledge, they cannot be monitored effectively, or punished when they break the rules.

For example, a survey conducted by McKinsey of 10,000 Chinese firms in Africa found huge differences between the number of firms on the ground, and the number in both Chinese and local official records. In particular, they discovered many small manufacturers and traders which governments appeared to be unaware of.

The vast majority of Chinese suppliers of much-needed medical and other products to Africa (and around the world) most likely responsibly follow the rules, but the public opinion data suggest that those which don’t have tarnished the country’s reputation.

It is likely that these longstanding issues with monitoring and standards enforcement underlie concerns about the quality of the products supplied by China in response to the pandemic.

Assuaging These Concerns and Building More Opportunities for China and Africa

In the short term, the Chinese government has clamped down hard on Chinese companies found to be supplying sub-standard COVID-response products globally. But, what can be done over the longer term to address these issues?

First, more oversight of the activities of the myriad of small scale Chinese traders within Africa is needed, to ensure that they comply with quality standards. Both African and Chinese governments may need to dedicate more resources to checking exports and imports at customs borders, and to registering and inspecting Chinese companies operating in African countries.

Second, as China attempts to keep its economy going following the global COVID-induced downturn, the temptation for China’s local officials (under severe pressure to maintain economic stability) to allow factories to take quality shortcuts must be resisted. China’s regulators and law enforcement have already sworn  to cooperate to tackle sub-par COVID supplies, and it important that these promises are kept not only during the pandemic, but also over the medium and long term, so that more trust in goods exported from China can be built.

Finally, there is great potential for Chinese investment and development assistance to support African partners in building domestic capacity for manufacture of medical supplies and pharmaceuticals. Moving from a model in which China supplies and Africa receives to one in which the two sides collaborate to develop Africa’s domestic medical and pharma manufacturing capacity could not only help to assuage African concerns about Chinese imports, but also make a major contribution to African industrial development.

Dr. Pippa Morgan is a lecturer in political science at Duke University’s campus in Kunshan, China. 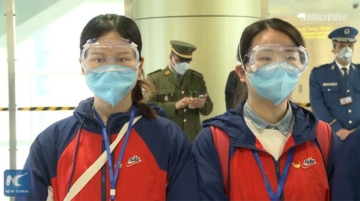 China is boosting its COVID-19 aid efforts in Africa by sending medical teams to various countries and also connecting local health providers across the continent with infectious disease experts back in China. The deployment of ...

Amid Mounting Fury Over the Arrival of a Chinese Medical Team, Nigerian Leaders Agree to Some Ground Rules 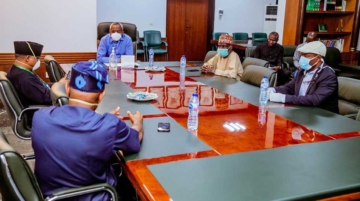 New ground rules have been set for the 18-member Chinese medical team that is expected to arrive in Nigeria sometime this week to help the country combat the spread of COVID-19. Speaker of the House, ... 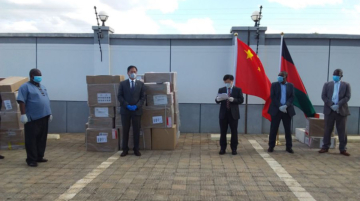 The establishment of a diplomatic relationship between Malawi and China in 2007 has seen China provide medical training of doctors, nurses, and health managers, sending medical teams from China and offering different specialist clinical services ...
Previous Story: The Impact of the COVID-19 Pandemic on Infrastructure Development in Africa
Next Story: China’s New Priorities in Africa