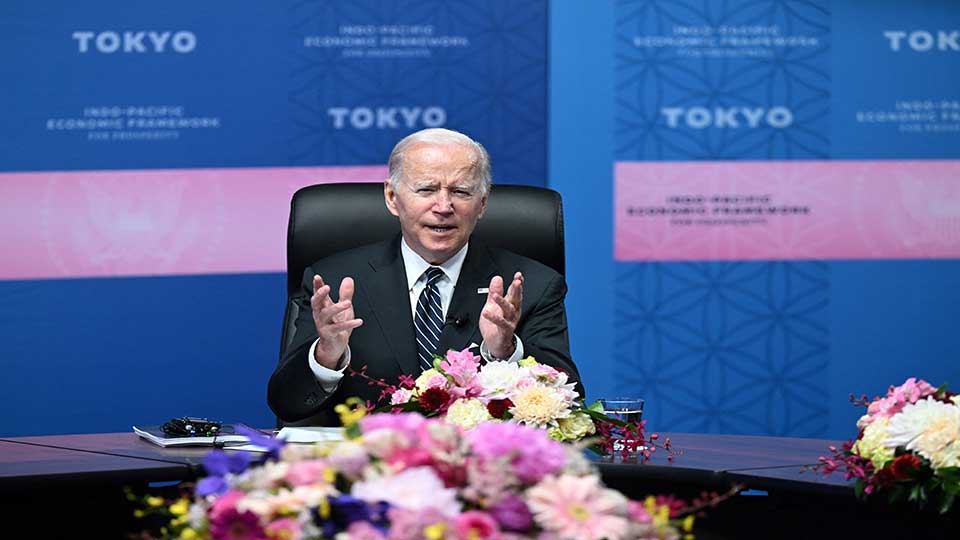 US President Joe Biden speaks about the Indo-Pacific Economic Framework for Prosperity at the Izumi Garden Gallery in Tokyo on May 23, 2022. SAUL LOEB / AFP

“Yes, that’s the commitment we made.” These words from President Biden during an official visit to Japan marked the end of U.S. strategic ambiguity on the Taiwan question. That question is: would the U.S. defend Taiwan if China attempted to take it by force? Since the 1972 Shanghai Communique, the answer has by and large remained consistent across different administrations: the U.S. respects the “One China” policy, will not take action to endorse Taiwanese independence, and leaves it to Taiwan and China to peacefully resolve all cross-Strait issues. By refusing to offer a straightforward “yes” or “no,” Washington hoped to avoid escalating tensions with Beijing.

But despite assurances that U.S. policy toward Taiwan had “not changed,” Biden’s recent declaration represents a departure from the long-standing policy of strategic ambiguity. Some have hailed this as the start of “strategic clarity.” But the question remains, what will this shift in U.S. policy on China and Taiwan mean for global politics, and in particular the Global South?

Beyond words, U.S. action in the Indo-Pacific region may serve as a better indicator of the country’s vision for nations of the Global South. The fact Biden’s remarks were timed with the unveiling of the U.S. “Indo-Pacific Economic Framework” (IPEF) is telling. Under the new economic bloc, Biden has enlisted a dozen Asia-Pacific nations to work together in harmonizing efforts to secure supply chains, combatting corruption, expanding clean energy, and boosting digital trade. IPEF participants include India, Japan, South Korea, Australia, Brunei, Indonesia, Malaysia, New Zealand, the Philippines, Singapore, Thailand, and Vietnam, representing approximately 40% of the global economy.

This stands in direct contrast to the “China-Pacific Island Countries Common Development Vision,” the focus of Foreign Minister Wang Yi’s tour of eight Pacific-Island nations from May 26th to June 4th. The plan stresses the need for a “balanced approach” on technological progress, economic development, and national security while outlining China’s intention to deepen cooperation with 10 Pacific-Island nations regarding policing, cyber security, and data communication.

Overall, this appears a variation on an all-too-familiar theme for nations of the Global South: U.S.-China competition for regional dominance. This sentiment was reflected in comments made by Indonesia’s trade minister: “We do not wish to see IPEF merely be an instrument to contain other countries.” The IPEF also poses challenges for many developing nations seeking to participate as the bloc’s goals may come at the expense of faster economic development.

In this light, the U.S.’ abandonment of strategic ambiguity towards Taiwan does not herald any remarkable changes for nations of the Global South but rather reveals a truth already known: U.S.-China competition is here to stay and likely to intensify in the years to come. As the U.S. seeks to restore its role in the Asia-Pacific following Trump’s exit, it should think beyond the context of competition with China and consider how to more effectively include and support nations of the Global South in the international order it seeks to lead. 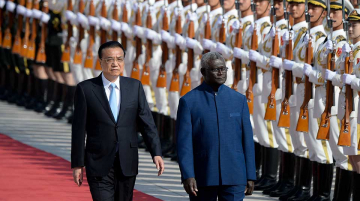 China’s newly-signed security deal with the Solomon Islands is positioning the archipelago state at the center of global strategic disputes between China and Western powers. This has important implications for Africa ...

Why Africans Should Keep an Eye on the U.S.-ASEAN Summit 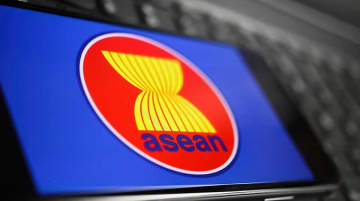 Nobody would blame Africans for not focusing on this week’s summit between the United States and the Association of Southeast Asian Nations (ASEAN.) After all, the continent is dealing with a few prior ...

How China Stands to Gain if the U.S.’ Summit of the Americas Becomes the Debacle Everyone Expects 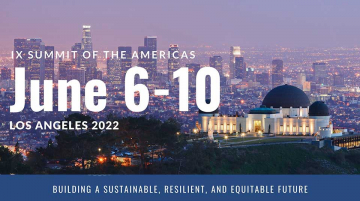 The Summit of the Americas will get underway on Monday in Los Angeles and, remarkably, less than 24 hours before the event begins no one’s really sure precisely how many leaders ...
Previous Story: A Letter From an Observer in Africa to the Pacific Islands on How to Take Advantage of Your New Relationship With China
Next Story: South Pacific Countries Balk at China’s Comprehensive Proposal, Dealing Visiting FM Wang Yi a Rare Public Setback