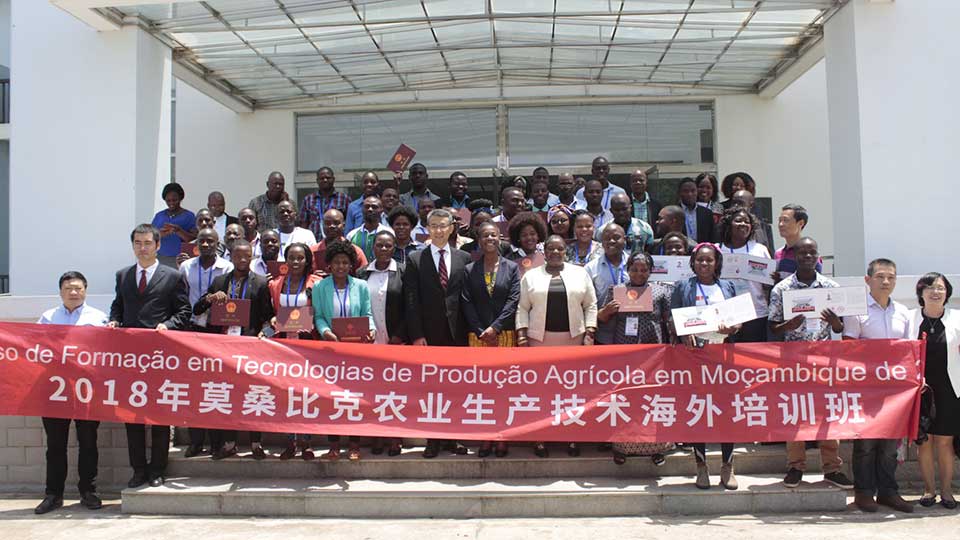 It’s almost common knowledge that China is one of the main development partners of African countries. Like the other economic powerhouses of the world, China is implementing China-Africa partnerships, where, currently, the more visible interventions are related to infrastructure projects.

This approach of engaging with the African continent as a whole was also applied to the agrarian sector, where, amongst the many cooperation projects, the China-aided African Demonstration Center for Agricultural Technology intervention stands out due to the scale in terms of countries engaged (23 total to date), the approach (Public-Private Partnerships) and duration (10+ years and counting!).

This endeavor started in 2006 at the Forum for China Africa Cooperation (FOCAC) when former Chinese President, Hu Jintao, announced that Agricultural Technology Demonstration Centers (ATDC’s) would be built throughout Africa. The intervention aimed at “helping Africa to solve problems including low efficiency in the cultivation of cereals, animal husbandry and capacity building of food security as a long term goal”. One can assess that this aim was not new when compared to the traditional development partners (i.e. U.S. and European countries) slogan for supporting the agrarian sector of African countries. What was relatively new was the delivery approach: the construction and implementation of ATDC’s, to be managed in the first 3 years jointly with Chinese private sector companies and afterward management would then be transferred to the host Governments (Mode 1) or the recipient country mandates the management to the Chinese side (Mode 2), with funds being raised through the sustainable development of ATDC itself.

This approach was attractive because it entailed the Chinese companies to operate in the host countries’ environment, thus mandatorily having to deal and overcome local constraints and, above all, the knowledge, technologies, and best practices could be easily retained by the host country. However, for the success of this model i.e. achieving Mode 1, it is mandatory that host Governments take ownership of the ATDC’s, which was not always the case.

Key Lessons Learned From the Past 10 Years

The Mozambique ATDC was the pioneer. Its construction started in 2008, was concluded in 2010 and formally delivered to the Government of Mozambique in 2011. The Mozambique ATDC was named Centro de Investigação e Transferência de Tecnologias Agrários do Umbeluzi –CITTA (Umbeluzi Agrarian Center for Research and Technology Transfer). Umbeluzi is the name of the river that supplies water to the ATDC farm.

10+ years have passed since its construction and currently, the ATDC is operating under the Mode 2 described above. Many factors have contributed to reaching Mode 2, which was not the desired option because it suggests a lack of host government ownership. However, it is important to highlight that host government ownership entails that, amongst other options, the ATDC is included in the Government structure or is legalized as a tech transfer and business center with financial autonomy. The first option is preferred because it would ease the scalability of selected technologies and financial sustainability of the ATDC through partnerships with other development agencies, revenue creation, and access to government financial and human resources. Therefore, the current situation limited scalability of the technologies successfully tested and demonstrated at the ATDC thus reducing its impact. Another factor that limited impact was that the number of farmers reached by the ATDC interventions (assuming the multiplier effect: 1 farmer learns and teaches other 10) was poorly documented. This was mainly due to a lack of a fixed and functional management structure at the ADTC, resulting in the high rotation of staff from both the government and Chinese counterparts that managed the Center.

From the Government side, this was due to joint management of the ATDC by the Ministry of Agriculture and the Ministry of Science and Technology from 2011 to 2016, without clarity about which entity was leading. From the Chinese side was due to a constant change of management staff without proper handover. This situation has changed positively, as since 2016 the ATDC is under management by only the Ministry of Agriculture and the center is benefiting from support by a 3-year project (started in late 2017) funded by the Bill and Melinda Gates Foundation (BMGF) aimed at supporting the ATDC in two components: i) strengthen the ATDC institutional capacity (e.g. legalization of the ATDC; 2) strengthen the ATDC technology transfer capacity (e.g. development and implementation of the ATDC Technology Transfer Model).

Although the impact of the ATDC is hard to measure due to limited scalability and lack of documentation, the Mozambique ATDC has successfully implemented several training events targeted at farmers from several provinces of the country and have contributed to the introduction of a high yield rice variety (Simiao) in Mozambique, currently being produced commercially in two provinces of Mozambique.

These two examples show the potential that the Mozambique ATDC has to contribute to the agrarian development of Mozambique, and this has been acknowledged by other development institutions. A clear example is the trilateral cooperation initiative for supporting the Mozambique ATDC, launched in 2019, between the Ministry of Commerce of China, Ministry of Agriculture of Mozambique, and the Bill and Melinda Gates Foundation. This is a clear indication that the China-Mozambique partnership for Agricultural Development through the ATDC initiative will continue and has a bright future. 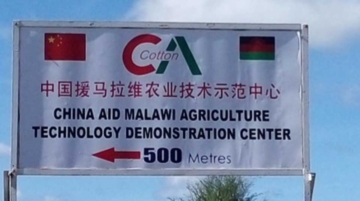 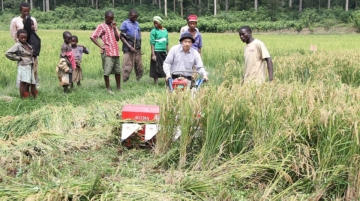 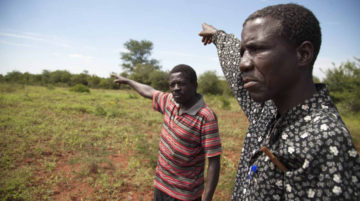 Zimbabwean farmers have long relied on traditional knowledge systems to read the climate and decide when to head for the fields at the start of what they consider the rainy season and prepare for planting. ...
Previous Story: Nigeria’s Unprecedented Censure of China
Next Story: There are Chinese Racists and There are Chinese Global Citizens