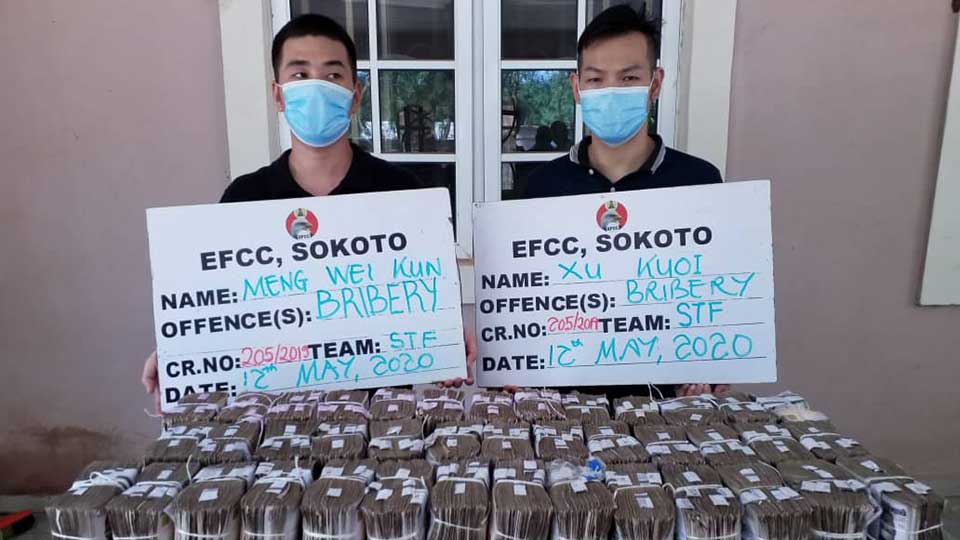 Meng Wei Kun and Xu Koi photographed by Nigerian authorities in front of the cash they allegedly planned to use to bribe a senior anti-corruption official. Photo via @officialEFCC.

Nigeria’s Economic and Financial Crimes Commission (EFCC) arrested two Chinese nationals, Meng Wei Kun and Xu Koi, this week for allegedly attempting to bribe the head of the EFCC’s office in the northern city of Sokoto. The two were reportedly caught in an undercover sting operation after they offered the official N50 million ($128,000) in cash in exchange for his help to thwart an ongoing investigation into a Chinese construction company, China Zhonghao Nigeria Limited.

Authorities are looking into how China Zhonghao handled N50 billion in building contracts that were awarded by the Zamfara state between 2012 and 2019. 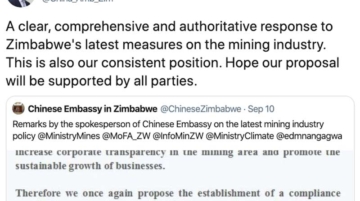 The Chinese embassy in Harare responded late last week to the Zimbabwean government’s surprise decision to ban all mining activities in the country’s five national parks and in most river ... 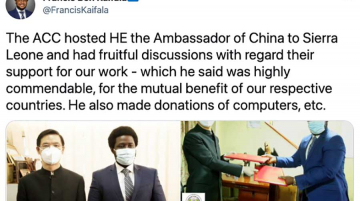 Chinese ambassador to Sierra Leone Hu Ziangliang paid a visit on Wednesday to the headquarters of the SL’s Anti-Corruption Commission. He met with Commissioner Francis Ben Kaifala and participated in a handover ceremony ... 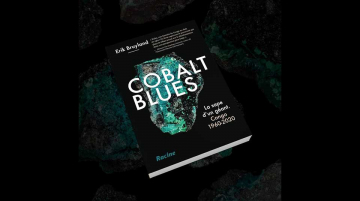 It was once described as the “Deal of the Century” now, 13 years later, the Sino-Congolese joint venture known as Sicomines is the focal point of a bitter dispute over whether this $6 ...
Previous Story: BBC Correspondent Danny Vincent Reflects on Anti-Black Discrimination in China
Next Story: A Popular Nigerian Political Commentator Offers China Some Sobering Advice: Be Careful, There Are More of You Here Than Us Over There