In this episode, Eric & Cobus speak with Judd Devermont, Director of the Africa program at the Center for Strategic and International Studies, a prominent think tank in Washington, on his key takeaways from this year’s Tokyo International Conference on African Development (TICAD) that wrapped up Friday.

Both Judd and Cobus attended the conference in Yokohama and met with key stakeholders from Africa, Japan, the U.S., along with various international non-governmental organizations.

Judd Devermont is the director of the Africa Program at the Center for Strategic and International Studies (CSIS). Prior to joining CSIS, he served as the national intelligence officer for Africa from 2015 to 2018. In this position, he led the U.S. intelligence community’s analytic efforts on sub-Saharan African issues and served as the DNI’s personal representative at interagency policy meetings. From 2013 to 2015, he was the Central Intelligence Agency’s senior political analyst on sub-Saharan Africa. Mr. Devermont also served as the National Security Council director for Somalia, Nigeria, the Sahel, and the African Union from 2011 to 2013. In this role, he contributed to the U.S. Strategy Toward Sub-Saharan Africa, signed by President Obama in 2012, and managed the process that resulted in U.S. recognition of the Somali government for the first time since 1991. Mr. Devermont spent two years abroad working at the U.S. Embassy in Abuja, Nigeria from 2008 to 2010. 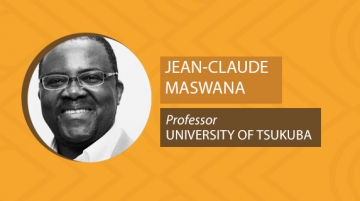 54 countries and international organizations will convene at the end of August in Yokohama for the seventh Tokyo International Conference on African Development or TICAD. ... 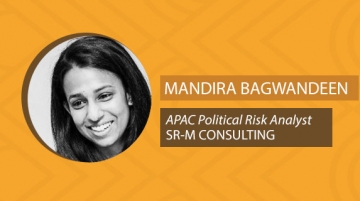 This past New Year’s eve, just a few hours before midnight, one of Japan’s largest daily newspapers published a story that took a lot of ...

In his Senate confirmation hearings, Washington’s new top diplomat John Kerry used some historically loaded language when it came to describing the Chinese in Africa. ...
Previous Story: One Chinese Company’s Bold, Controversial Plan to Wipe Out Malaria in Kenya
Next Story: Chinese Vlogger Fyjo Molly Wants You to See Africa in a Different Way