China’s media influence in Africa is rapidly expanding. Traditional media like CGTN, China Radio International and the China Daily newspaper all have a robust presence on the continent while news content from Xinhua is now increasingly common on African news sites.

There’s been a lot of analysis by both journalists and scholars over the past year about the implications of Beijing’s increasingly ambitious media strategy on the continent. Although experts including Aubrey Hruby, Merriden Varrall and Sarah Cook have all written extensively on the issue, mostly on the broad macro trends, most of these reports lack the first-person insights from Chinese journalists actually who report on Africa for Chinese media outlets.

Shen Shiwei is a Beijing-based international journalist who spent years working on the continent before returning to China where he’s now a regular commentator on African affairs for various Chinese TV, newspaper, and radio outlets.

In addition to working as an International News Editor at CGTN, Shiwei is also a columnist for the Global Times newspaper and a non-resident Research Fellow at the Institute for African Studies at Zhejiang Normal University.

Shiwei joins Eric & Cobus to discuss his approach to reporting the China-Africa story and why the Chinese news narrative about Africa is so different from that in the United States and Europe.

It’s important to note that Shiwei’s comments on the show are only his personal views and do not represent those of CGTN or any of the organizations that he’s currently affiliated with.

Shen Shiwei is an International News Editor, Columnist, and Commentator for China Global Television Network (CGTN) under China Media Group (CMG). Shen is also a non-resident fellow at the Institute of African Studies of Zhejiang Normal Univ. and a Fellow at the Charhar Institute mainly focus on Northeast Asia. Shen was served as Gov. Relations & Business Consultant in Africa & the Middle East for enterprises, before joining CGTN. Shen focuses on political & economic analyses, overseas investment, and public opinion research. His research article Underwater Myth of Sri Lanka’s Hambantota Port Deal got a huge impact on the readers in Sri Lanka and beyond. 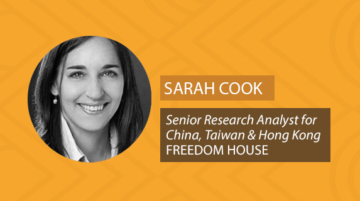 China’s Discourse Power in Africa and the Global South 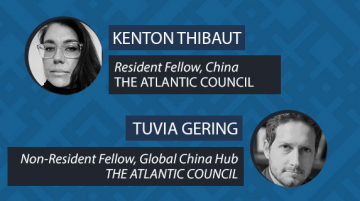 China, like all major governments, uses a variety of tools and methods to influence international public opinion. Some, like CGTN, China Daily, and China Radio ...

China took a big step in pursuit of its ambitions to become a global media power with the launch of its new
Previous Story: China’s Growing Influence in the Mideast, Persian Gulf & Mediterranean
Next Story: China Turns up the Pressure on Eswatini to Abandon Taiwan