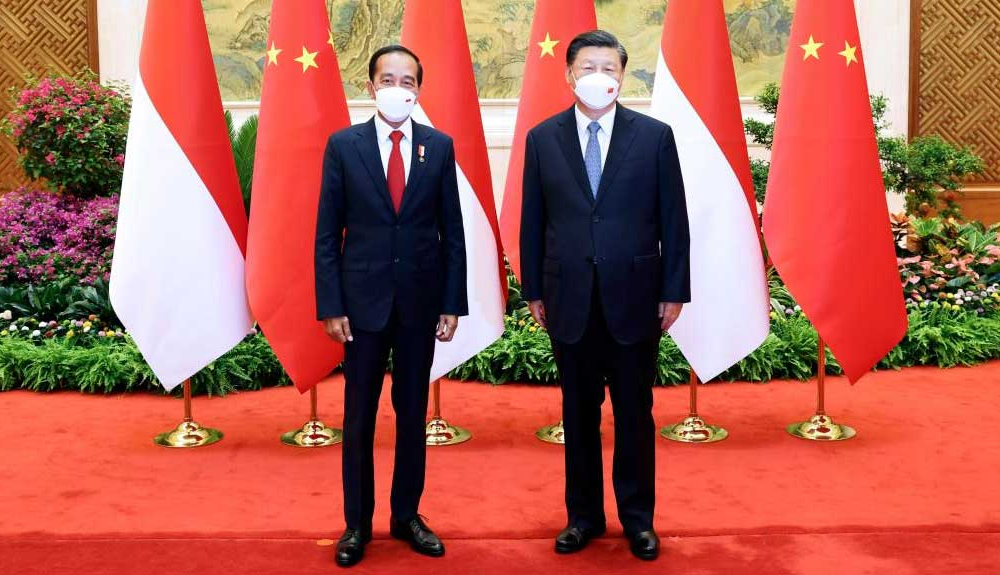 “I’ll be back” is probably not what Xi Jinping said when he retreated from in-person diplomacy in the wake of the COVID-19 pandemic some 900 days ago. However, I can’t help but feel that President Xi’s in-person meeting with Indonesian counterpart Joko Widodo on Tuesday this week resonates with Terminator 2’s indefatigable T-800.

The coalescence of China’s growing economic woes, a global pandemic, and ravaging debt crisis across the Global South in the context of deteriorating diplomatic ties with Washington and European capitals, may well give Xi an additional sense of apocalyptic urgency.

Contra to the screenplay, however, it’s not clear whether Xi can save the world. Indeed, over the past two and a half years, China’s relationship with large parts of the world has changed considerably. In the context of Nancy Pelosi’s potential visit to Taiwan, U.S.-China relations have deteriorated to the worst condition in decades. Across the Atlantic, China has become a key issue in domestic politics, shaping electoral politics mostly in favor of hawkish positions on China’s growing global role.

Across the Global South, China is a key stakeholder in discussions about debt relief following pandemic-, lockdown- and war-induced economic pressures. And China’s positioning towards Russia’s war in Ukraine, attempting to balance Chinese interests vis-a-vis Russia and the West simultaneously, has far from simplified the proclaimed ‘no limits’ partnership between Moscow and Beijing. It seems that Xi is returning to in-person diplomacy during a new chapter in China’s journey to become a global power.

The participation of senior leaders has long been an important feature of Chinese diplomacy – particularly in areas of the Global South that have long been neglected by the U.S. and its allies. According to a database from the Central European Institute of Asian Studies, China’s top-two leaders, the Premier and President, have traveled more during Xi’s era than during any of the preceding leaders’ eras, logging 166 international trips despite COVID-19.  Before the pandemic, Xi and Li Keqiang concluded 23 international visits in 2018. In 2014, the highest year on record, the number was 32.

The majority of Xi-era leadership trips have been made to the developing world, reflecting the importance the administration attaches to the Global South. The fact that Xi himself went on 103 out of 166 recorded international visits – a substantial increase compared to his predecessor Hu Jintao – demonstrates his personal dedication to representing China on the international stage.

Under Xi’s diplomacy for the new era, Chinese diplomatic rhetoric has become considerably more assertive. Xi has put forth numerous ideas for China’s diplomacy in the new era, reflecting a growing willingness to shape global governance in a way that is supportive of the Communist Party’s interests. Just ahead of Xi’s in-person comeback, China’s Ministry of Foreign Affairs and the Xi Jinping Thought on Diplomacy Studies Centre co-hosted a symposium on studying Xi’s diplomatic wisdom on the 24th of July in Beijing.

While there is no evidence to suggest a connection between these two events, it does reflect the centrality of Xi’s ideology in China’s foreign affairs apparatus. The Chinese language version of the official ‘China’s Diplomacy in the New Era’ website is accordingly titled ‘Xi Jinping Thought on Diplomacy,’ reflecting just how synonymous ‘Xi’s diplomacy’ has become with ‘China’s diplomacy’ in official speak.

Given Xi’s symbolic importance in China’s foreign affairs, his apparent return to in-person diplomatic engagement should thus be followed closely. Three years on, just how a fundamentally different international environment may affect Xi’s approach to Chinese diplomacy remains to be seen. At the risk of sounding too optimistic, one may hope that face-to-face conversations increase the likelihood of finding common ground on some of the most pressing issues. 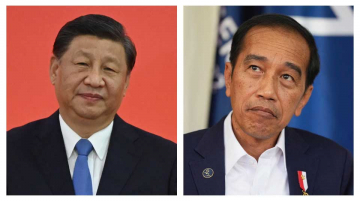 Indonesian President Joko Widodo arrived in Beijing on Monday for a two-day state visit to China, where he will hold a symbolically important meeting with President Xi Jinping. This week’s talks will be the first ... 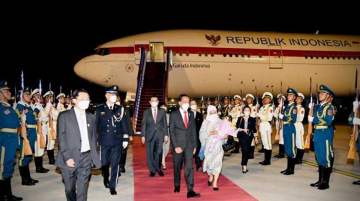 Indonesian President Joko Widodo landed in Beijing on Monday night for a two-day visit that will be capped by what is presumed to be an in-person meeting with Chinese President Xi Jinping. This ... 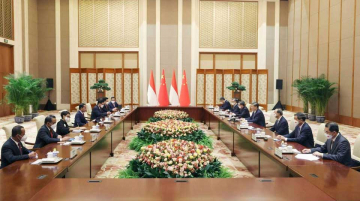