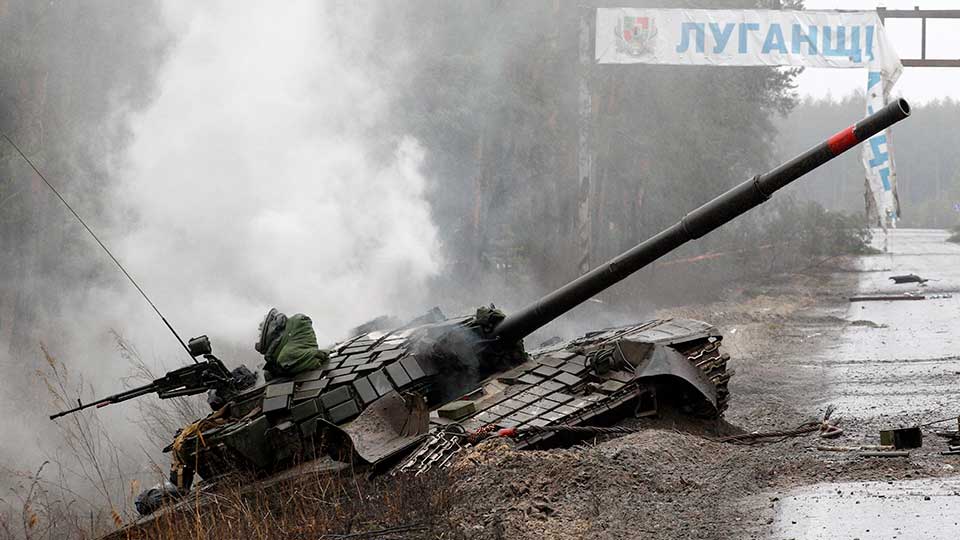 Smoke rises from a Russian tank destroyed by the Ukrainian forces on the side of a road in Lugansk region on February 26, 2022. Anatolii Stepanov / AFP

Russia’s steadily escalating war in Ukraine has shocked Europe’s post-Cold War security order to its core.  Over the past week, we saw China’s party-state kicking into gear as ambassadors and spokespersons increasingly spoke out in defense of China’s supposedly “consistent… aboveboard, objective and just” position on the war. China’s position, however, has remained consistently at odds with finding a constructive solution to the conflict.

As we previously argued, China’s vague stance on the invasion, tacitly supporting Russia by refusing to condemn the invasion while simultaneously calling for restraint and diplomatic solutions, will carry reputational risks in the context of China’s non-interference principle. Governments across the Global South will be carefully monitoring Beijing’s stance on issues such as Ukrainian sovereignty and Russian attacks on Ukrainian civilians.

As the war has entered its third week, we have been trying to understand what the crisis in Ukraine may tell us about the future of the liberal international order and its main challengers – China and Russia. Indeed, the evolving crisis in Ukraine and China’s reactions to Russia’s escalating military aggression also shed light on China’s ability to craft an alternative vision for how international affairs should operate.

The Economist writes this week that China and Russia “want to carve up the world into spheres of influence dominated by a few big countries”. Ana Palacio wrote for the Atlantic Council that China will be the “protagonist” in shaping a profound transformation of the international order. Much of this analysis is derived from the strident joint statement released by Russia and China on 4th February, a fortnight before the invasion of Ukraine. But beyond words, has China measurably accrued real influence or alignment across a sphere of influence?  And is this coordinated enough to amount to order-building?

China’s spending spree on infrastructure is commonly seen as a tool to curry favor with political elites across the Global South in support of Beijing’s core interests, such as the ‘One China’ principle. From 2008 to 2019, China’s overseas development finance amounted to $462 billion, which was almost on par with the World Bank in the same period. According to a recent report, China provided $23 billion in infrastructure financing to Sub-Saharan Africa between 2007 to 2020, more than twice as much as all other major financial institutions together. As we keep hearing from government officials in Washington, London, and elsewhere, China’s economic statecraft is seen as representing the backbone of Beijing’s plan to craft spheres of influence across the Global South. Naturally, money buys influence – but does it?

Ukraine should in theory be a critical stress-test for this claim. And to some extent, there appears to be a degree of alignment in China’s purported sphere of influence. None of the Shanghai Cooperation Organisation member states voted in favor of the UN General Assembly resolution condemning Russia’s invasion of Ukraine. African countries made up half of the abstentions in the same vote. In a phone call with Wang Yi, Indonesia’s Foreign Minister indicated that under its presidency this year the G20 would “pay more attention to macroeconomic and development issues” than the situation in Ukraine. This suggests that China is encouraging certain countries where it holds influence to brush the war under the carpet.

But we should challenge the notion that countries supposedly in China’s sphere of influence make up a clear anti-West bloc led by an emerging China-Russia “axis”. The past few weeks have not seen the world cleft into two opposing sets of interests. African countries are divided over condemning Russia’s violation of the principle of sovereignty. Southeast Asian countries are moving towards “implicit criticism” of Russia’s actions. On Tuesday, Singapore’s foreign minister publicly called on China to pressure Russia into ending the war. This considerable diversity of perspectives and reactions should also be considered when trying to assess whether China has leveraged its influence to bolster its supposedly clear position.

Indeed, even if China is interested in crafting an alternative order and leverage influence in favor of its diplomatic posture in Ukraine and elsewhere, one major obstacle would remain: it’s difficult to measure China-Global South alignment on major issues when China’s stance is impossible to actually grasp. How can countries begin to align with China on its position concerning Ukraine when this position is so far from comprehensive? Ian Johnson from the Council on Foreign Relations writes: “China is so obsessed with a narrow set of issues that it is unable to be more than a character actor on the international stage, appearing in a few specific roles but otherwise out of its depth.” This is exemplified by Chinese officials repeatedly bringing up Taiwan when talking about Ukraine, paradoxically to insist that the two situations bear no relation.

At the end of the day, much of official Chinese rhetoric will not only respond to international criticisms of China’s position but also be addressed to a domestic audience that expects Beijing to live up to its proclaimed status as a responsible major power. This is of particular importance this year, given the significant political year in China, culminating in the 20th Party Congress that will almost certainly commence Xi’s third term in office.

Moreover, the foundation of an alternative world order is unlikely to be the “limitless” China-Russia friendship, considering that these countries occupy distinctively different positions in relation to the existing liberal international order. For the past two decades, China has taken advantage of the liberal world order to emerge as a neo-mercantilist economic power. It has made it clear that it is not willing to sacrifice these gains for Russia’s sake: in a phone call with the Spanish foreign minister on Wednesday, Wang Yi said: “China is not a party to the crisis, still less wants to be affected by the sanctions, and it has the right to safeguard its legitimate and lawful rights and interests.”

This ultimately raises questions about the broader transition of global power that is taking place and how this translates to shifts in the international order. Xi Jinping insists that the international order is seeing “great changes unseen in a century”. But for all of China’s big words and heavy spending, at crunch time it does not appear to be out front of those changes. It would seem that, in order to truly lead a sphere of influence, China first needs a clear position. Before speaking of China’s next hegemony or an emerging Sino-Russian axis, we should therefore remember that being a great power also means making hard decisions and dealing with the consequences.

The Long Journey to EurAfrica 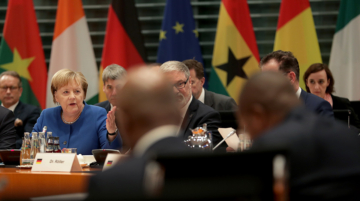 Recently I’ve been trying to give my brain a break from marinading in China-Africa issues by reading the biologist Merlin Sheldrake’s mind-bending new book Entangled Life: How Fungi Make Our Worlds, Change ... 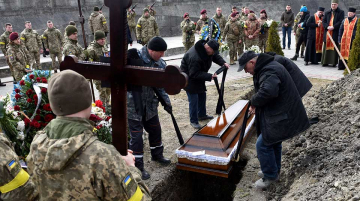 China’s abstention from the UN vote to condemn Russia’s invasion of Ukraine, together with India and almost half of Africa, was a reminder that despite all the pro-Ukraine sentiment on Western social media, the global ... 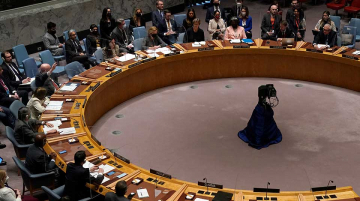 By Jorge Heine Seventeen African countries, most prominently South Africa, abstained in the United Nations General Assembly vote from condemning Russia for invading Ukraine and demanding Moscow stop fighting and withdraw its military forces. Many more ...
Previous Story: When It Comes to Security in Africa, the U.S. and China Have More in Common Than Many Think
Next Story: China’s Emerging Ukraine Posture Taps into Western Challenges in the Global South