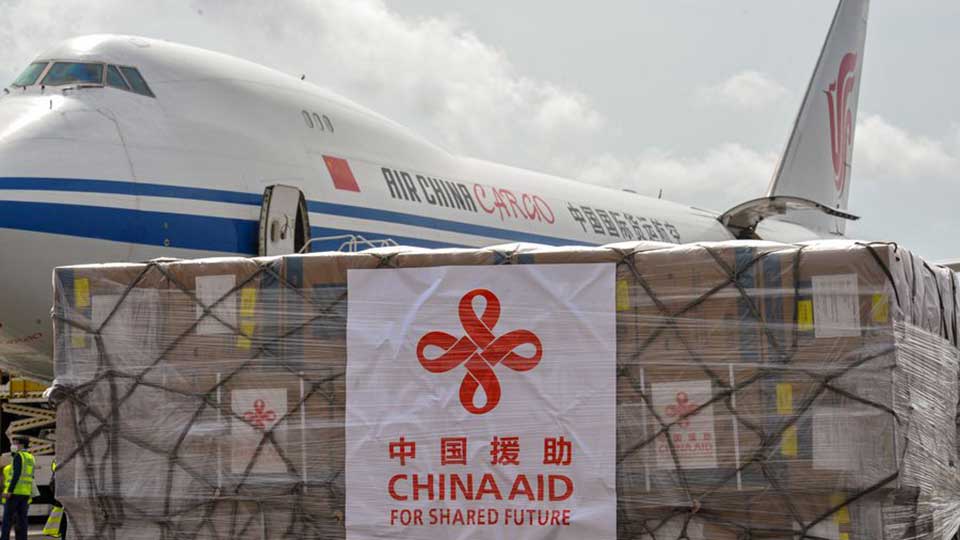 Back in the 1980’s China first began trilateral development cooperation projects with the China-UN Capital Development Fund-Gambia brick factory project. Since then, a more proactive attitude towards trilateral cooperation can be found in Chinese ministries such as the Ministry of Commerce and also the newly founded China International Development Cooperation Agency (CIDCA). Other than UN agencies, China has also partnered with the UK, US, Australia, New Zealand and others for development projects in Asia as well as Africa. Some project examples include the China-Australia-Papua New Guinea malaria control project and the China-New Zealand-Cook Islands water supply project.

To understand the opportunities and challenges of implementing successful “trilateral development cooperation” projects between China, Africa, and a third stakeholder, Jinyu Chen, research analyst at Development Reimagined spoke with a renowned Chinese government official and expert in China- Africa relations. Because this official is not authorized to speak publicly on this issue, his/her name has been withheld.

JINYU CHEN: According to the 2014 China Foreign Aid White Paper, the annual amount of Chinese concessional finance was estimated at $4.1 billion. How does this shape development cooperation with African countries in practical terms?

GOVERNMENT OFFICIAL: Currently, bilateral cooperation occupies the largest share in China’s development cooperation – I’ll come to other forms later. For bilateral cooperation, the main participants are the Chinese government – including various line or sectoral ministries. This type of cooperation is agreed between African government and the Chinese government officially. Normally, and unlike OECD donors, China does not come up with an amount of aid it plans to send to a country. Instead, the process is that requests should first be proposed and made by the African governments or the embassies in Beijing. And given the needs and demands brought up, the Chinese side evaluates whether it is possible practically, and then certain line ministries are instructed to follow up.

This has been the structure of Chinese aid for a very long time. It is very African government demand-driven. The constraint, however, is that practically the aid is mainly categorized into three types- grants, interest free loans or concessional loans.

Also, more recently we have seen government supported NGOs and private foundations begin to play a role in bilateral development cooperation. Government supported NGOs such as China Foundation for Poverty Alleviation (CFPA) and other NGOs such as Global Environmental Institute (GEI) now have certain international cooperation with African partners onsite and implement projects jointly with them. And these partners don’t have to be governments – they can also be local NGOs. Infact, many NGOs are rather small in China and the influence they have is limited. So, these NGOs usually raise money publicly in China and then rely on local partners in Africa to implement the projects, which is good – it increases ownership.

That said, China has been in multilateral cooperation for some time. In 1972, China began to make donations to UNDP and later to UNICEF, AFD and other international institutions. And now we are trying to expand external partners from UN agencies to other countries such as the UK, US, New Zealand and so on. One example I specifically want to share with you is the China-UK Global Health Support Program Pilot Project on Maternal Health and Child Health in Ethiopia and Myanmar. In such two-year project (2015-2017), the National Health and Family Planning Commission (NHFPC) in China worked with the UK’s former Department for International Development (DFID) – now the Foreign, Commonwealth and Development Office (FCDO) to share knowledge and provide medical service in the pilot areas. During the cooperation between China and the UK in Ethiopia, NHFPC dispatched health experts to local hospital. Overall, the cooperation was very successful.

JINYU: For such trilateral development cooperation, usually what’s the role of Chinese government? What is the role of NGOs?

GOVERNMENT OFFICIAL: For trilateral cooperation, in particular with UN agencies, you will see China will offer multiple assistance – Chinese hardware, technology, technical expertise from Chinese institutions. But also, such expertise could also be contributed by other international development institutions. China will also be involved in different process of the project – initiation, implementation, management, and evaluation.

As for support for NGOs, there is very little. Also, so far, there is no funding coming from line ministries to NGOs. However, if some government supported NGOs such as China Foundation for Poverty Alleviation propose new projects in future I think there remains potential for them to get some funding from ministries. I think the door will open, even if slowly.

JINYU: The launch of the South-South Cooperation Assistance Fund (SSCAF) and the South- South Climate Change Fund (SSCCF) sounded like it would be very positive news for Chinese development cooperation. Is it possible for a trilateral cooperation with external partners to apply for the funding? What are the conditions for the application?

GOVERNMENT OFFICIAL: I believe the SSCCF and the SSCAF are excellent tools to boost development cooperation between China and other countries in the South. For the moment, the SSCCF is under supervision of the Ministry of Ecology and Environment, whereas CIDCA now has oversight of the SSCAF. But even though they are new, they still largely follow the normal processes of Chinese bilateral aid I described before, though changes are being piloted.

For instance, for the SSCCF, currently, most of the fund is spent on procurement of environmental supplies, which are first requested by a country or the embassy in Beijing. There is some discussion of how this can change in future for wider forms of support, but China wants to make sure the recipient demands and needs remains at the forefront.

SSCAF seems more innovative, especially as many organizations have already successfully used SSCAF funds for pilot projects (mainly humanitarian projects) – such as UNDP and other UN agencies. Also, Chinese NGOs such as GEI have successfully applied for the fund. But this is all very preliminary. CIDCA hasn’t yet released detailed documents for the requirement and process. So, we cannot be sure about the future direction – it could widen even further or be more restricted. Evaluation of the progress so far needs to take place, and waiting for the official paperwork could take a long time.

JINYU: With both demands from China and external partners to work together in Africa, from your point of view, what’s the future of China development cooperation with a third partner in Africa? Are there any benefits of such cooperation for Africa?

GOVERNMENT OFFICIAL: Firstly, given the need to improve China’s development practice in developing world, it’s for sure that Chinese development institutions have acknowledged the importance of a trilateral/multilateral cooperation for South-South development. Even though this is the trend and the way ahead for China, we still have to recognize the obstacles. As I mentioned earlier, so far for use of the SSCCF, it’s mostly concentrated on bilateral donations of equipment. There is little point in extending these forms of cooperation trilaterally – working with a third partner would potentially reduce the efficiency of it. Another point worth mentioning is future negotiations of terms and standards with an external partner. If China is to work with a DAC country in an African country, which standard should the project follow? Time-consuming negotiations are unavoidable. So, it’s important to focus trilateral cooperation where there is potential for real innovation, where it can make the most difference.

Second, we as Chinese partners should only pursue trilateral cooperation if we think the most benefit will be to African countries. Which means if an African country requests it we will definitely agree. Indeed, co-financing or in-kind support from both China and external partners can double the development contributions to the African country. But on the other hand, conditions and terms for trilateral cooperation could be more complex than bilateral terms. Remember that while China’s forms of development assistance are somewhat limited and sometimes inflexible, at least we do not impose political, economic or other conditions on African countries – even transparency. We leave them to decide this. So while consolidation might be helpful, this could also raise some bars for African countries.

What Are the Key Takeaways for African Governments Hoping To Work With China on Trilateral Cooperation?

The interviewee has helped clarify some of the directions of Chinese aid, but at the same time it seems this is all step by step… which is right in many ways. Jumping right in could create more problems than less. That said, it can be frustrating when the process and issues being considered by Chinese decision-makers are unclear, especially for recipient countries.

In terms of takeaways, I believe there are two:

*** Our interviewee has over 20 years of experience researching international development cooperation and China’s foreign aid policies.

Q&A: China Likely to See the Cut in UK Aid Spending as Both an Opportunity and a Loss 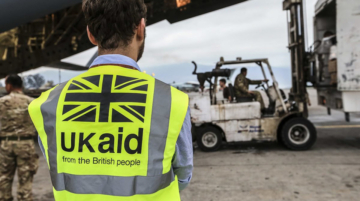 The British government’s decision to slash its overseas aid budget from $21.3 billion in 2020 to $13.8 billion this year is prompting heightened anxiety within the U.S. and European development communities that the ... 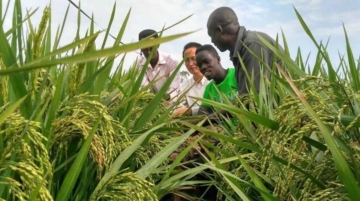 Malawi Farmers To Chinese Agricultural Advisors: “Yes We Need the Expertise, but Not All of It” 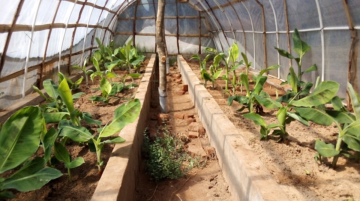 At one technical cooperation farm in Malawi the usual donor-recipient relationship was turned on its head when Chinese agricultural experts found something to learn from the farm’s management. A blank slate approach towards the project ...
Previous Story: It’s Not All Gloomy
Next Story: African Countries Have the Chance to Re-Envision Ties With China