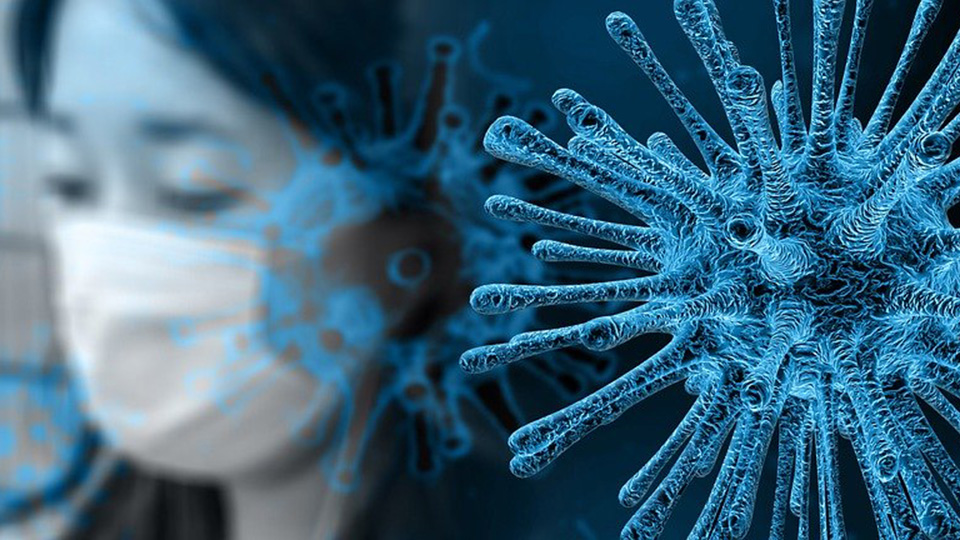 Africa is at risk of an outbreak of coronavirus, even if, so far, there are no confirmed cases of the virus. Several days ago, the World Health Organization declared that a coronavirus outbreak as a “Public Health Emergency of International Concern (PHEIC)”. Tedros Adhanom, Director-General of the WHO commented, ”we do not know what sort of damage this virus could do if it were to spread in a country with a weaker health system.” Since the PHEIC announcement, the international community has started to pay more attention to how they can help regions such as Africa combat a coronavirus outbreak.

Here are a few ways I believe that the international community can help support African stakeholders to prevent an outbreak of this highly-contagious virus:

The capacity for emergency public health responses varies remarkably among different African countries. Some countries have implemented diagnostic and isolation systems at airports and other ports of entry. South Africa, Tunisia, Ethiopia, and Kenya have all launched early warning systems. However, South Sudan, Somalia, and other countries are hardly ready for coronavirus. It is worth mentioning that Sierra Leone, Liberia and other countries affected by the Ebola epidemic in 2013-2015 responded relatively fast to the 2019-nCoV response, based on their experiences in combating Ebola. However, challenges remain due to a lack of detection kits, isolation facilities, and experienced medical professionals to help cope with a potential epidemic. Communication and skills exchanges among African countries are also still quite limited.

With support from the Bill & Melinda Gates Foundation, the African Center for Disease Control and Prevention launched a virus response management system in late January, which includes a weekly briefing feature that provides situational updates about the current status in the effort against the spread of coronavirus. Recently, the Gates Foundation announced that it would further increase its commitment to support frontline personnel in the battle against coronavirus to $100 million. “The funding will help strengthen detection, isolation and treatment efforts; protect at-risk populations; and develop vaccines, treatments and diagnostics,” said the foundation in a statement announcing the grant. The funds will be channeled toward multilateral organizations, including the World Health Organization (WHO) and the African Centers for Disease Control and Prevention, as well as to health authorities in a number of high-risk countries.

2. R&D for vaccines and medicine

As the outbreak continues and the number of patients increases globally, the need to develop a vaccine becomes increasingly urgent. Globally, various organizations such as the public-private partnership Coalition for Epidemic Preparedness Innovation (CEPI), WHO and Queensland University among other similar agencies are all on board in this issue. Since Africa, fortunately, is not dealing with any confirmed cases or an outbreak, stakeholders on the continent can benefit from efforts currently underway in other countries so as to help enhance their protective measures now being implemented.

Apart from Bill & Melinda Gates Foundation which commits at least $60 million out of the total $100 million on development of vaccines, detection technologies, and medicine, the Jack Ma Foundation, established by the Chinese billionaire and co-founder of Alibaba Group, also pledged $14.4 million toward developing vaccines and fighting the outbreak in late January.

In addition, starting in early February, pharmaceutical companies such as Gilead, Johnson & Johnson have also joined the effort by testing various early-stage vaccines. For example, several hospitals have tested using the novel antiviral drug remdesivir that was used to tame earlier outbreaks of Ebola and Marburg in Africa. As time goes on, these efforts will help Africa to gain valuable insights on how to develop a vaccine for Novel Coronavirus.

3. Ensure Resource Alignment in the DRC’s Fight Against Ebola

It is worth noting that the Ebola outbreak in eastern Democratic Republic of Congo was not completely under control when 2019-nCoV broke out. WHO declared that the Ebola outbreak in the DR Congo is a Public Health Emergency of International Concern as well. National and international responses have been effective in helping to prevent the Ebola virus from spreading outside the DRC, but containing the epidemic there has always been a very difficult challenge for international public health agencies. Some experts stress that the international community should pay particular attention to the impact of 2019-nCoV in the DRC, but in the meantime, there remains a pressing need to also support the ongoing Ebola battle in the DRC until the outbreak there is brought under control. In such a situation, effective and efficient coordination of medical and financial resources within the country for two PHEICs is challenging yet extremely important.

Last but not least, I am optimistic about the potential of big data and information communications technologies (ICT) to play an important role in combatting the spread of coronavirus in Africa and ot other parts of the world. International partnerships in big data will be one of the hot topics in China-Africa health cooperation. As a leading data visualization and research agency in global health, the Institute for Health Metrics and Evaluation at the University of Washington has established an extraordinary platform to monitor various indicators in an epidemic like the one currently taking place in China.

In addition, traffic data, mobile communication data, social media data can all be used to predict the trend of an epidemic through big data analysis and then the system can propose targeted prevention and control measures. When the Zika epidemic broke out in 2016, the United States Centers for Disease Control, health non-profits like PATH, healthcare analytics firm Tableau, and other organizations jointly provided training on big data analysis for public health departments in developing countries, as part of a larger, coordinated effort to forecast the trends related to this mosquito-borne viral outbreak.

Amid the ongoing coronavirus epidemic, the Beijing-based Global Health Drug Discovery Institute (GHDDI) has opened up a big data platform, for comprehensive analysis of previous drug development efforts in combating SARS/MERS, as well as real-time information for R&D in drugs for Coronavirus. Such technologies and partnerships can also provide an important safeguard for China-Africa public health cooperation in the struggle to prevent a large coronavirus outbreak.

Li Bolun is the Co-Founder of the Beijing-based development communications agency Diinsider.

COVID-19: How Can China Help African Countries Have a Stake in the Race for a Vaccine? 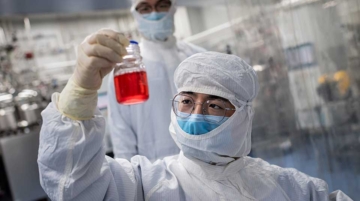 Six months after the emergence of COVID-19 in Wuhan, China, the global effort to develop appropriate vaccines and treatments is continuing at a pace. The WHO report that there are now 125 candidate vaccines ... 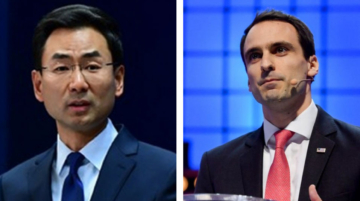 The Chinese government responded forcefully on Monday to a blistering speech by U.S. Chief Technology Officer Michael Kratsios that he delivered last week at the Web Summit in Lisbon, Portugal where he slammed countries for ... 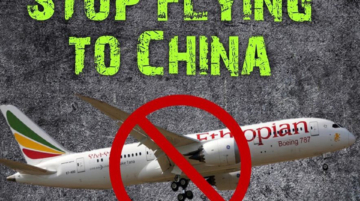 Ethiopian Airlines’ decision to continue operating direct flights to China amid the worsening coronavirus outbreak threatens to erode the airline’s hardwon brand equity. While 59 other carriers from 44 different countries ...
Previous Story: Is Africa Ready for the Arrival of the Coronavirus? Yes! No… Kind of… Maybe… Definitely Not
Next Story: China: Between Opening up Its Financial Sector and Holding on to Its Key Economic Sectors