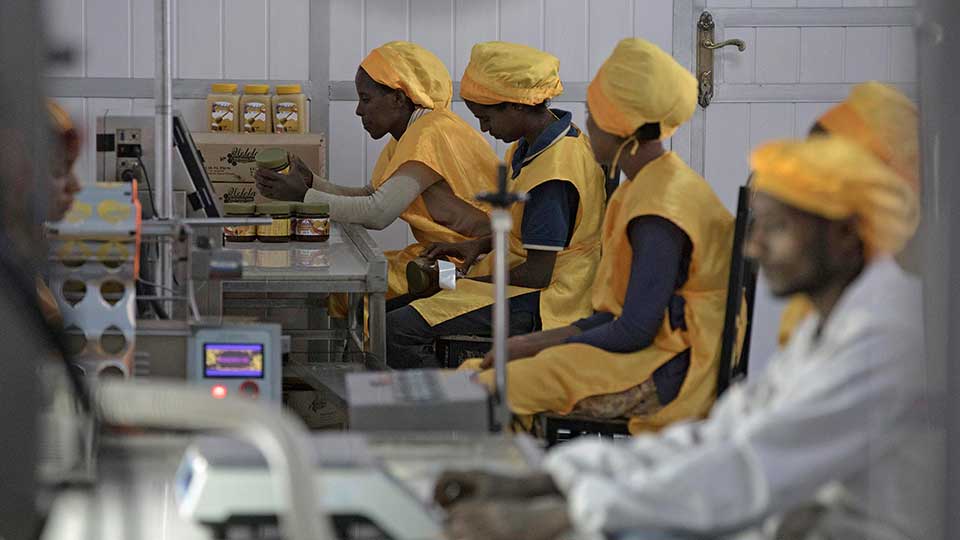 Speaking to the Ethiopian Monitor, the country’s Investment Commission Promotion Director, Aschalew Tadesse, called the new development a “role model” for other firms. Coffee is Ethiopia’s most important export, and the government is keen that more and more of it is processed at home before being sent to markets across the globe.

And it’s not just coffee: by designating agro-processing as one of 10 “strategic sectors”, and promoting the construction of multiple agro-industrial parks, the Ethiopian government is trying to ensure that more of Ethiopia’s myriad agricultural exports – from pulses to cattle products – are processed domestically into secondary products first, rather than exported in their raw forms.

Why the Leap From Agriculture to Agri-Processing Matters

So why is Ethiopia so keen to export processed products rather than green coffee, raw pulses, and other primary goods?

First of all, history shows us that very few countries can develop successfully using exports of raw primary products, whether that’s agricultural crops, crude oil, or unprocessed copper. That’s because the value-added from exporting these commodities is relatively small. Put simply, there is much more money to be made from turning these primary goods into something that other consumers or businesses want to use, than in extracting them in the first place.

As the Solino coffee roasting company points out, turning green bean harvests into the roasted grounds or powder that most of us are familiar with, results in “more value and more qualified better-paid jobs for Ethiopians”.

Japan, South Korea, and later China, for example, were all able to grow extremely quickly by developing industrial manufacturing jobs. Meanwhile, many countries in Africa and Latin America continued to rely mainly on primary products and did not see the same developmental success.

Ethiopia’s strategy is to follow in the footsteps of the rapidly growing Asian economies by increasing the share of the secondary (i.e. industrial) sector of its economy. And as this report from Fudan University’s School of International Relations and Public Affairs points out, with Ethiopia’s abundant coffee, cattle, and other agricultural resources, agro-processing is an important priority sector.

Ethiopia’s strategy of developing agro-processing through industrial parks also has Chinese roots. One of the ways that China was able to build its industrial sector so quickly was through the creation of special economic zones (SEZs), i.e. areas in which the business and investment rules and incentives are different from other parts of the country. China’s most famous SEZ – Shenzhen – turned a sleepy fishing village into a booming mega-city in just two decades.

As well as attracting investors through business-friendly rules and incentives, special zones or parks provide a way to concentrate both infrastructure and companies in specific geographic locations (an important advantage in countries such as Ethiopia, where electricity, water, and transport infrastructure is limited), and to cluster related businesses. This in turn facilitates knowledge spillover, and allows different parts of a supply chain to be located near to each other.

Chinese Companies and Agro-Processing in Ethiopia

As well as offering some historical lessons, China is also playing a more direct role in the development of Ethiopia’s agro-industrial parks.

The first-ever industrial park in the country (the multi-sector Eastern Industry Zone in Addis Ababa) was built by a Chinese company with support from the Chinese government. Chinese companies have continued to win contracts to construct parks in Ethiopia: for example, the agro-processing focused Jimma Industry Zone was built by China Communications Construction Company.

Meanwhile, Huajian, a shoe manufacturing firm originally from Dongguan, which was a pioneer investor in Ethiopia’s shoe industry in 2011, has announced plans to expand into the coffee processing market, setting up a coffee processing facility in the Jimma Industrial Park.

It’s too early to tell whether Ethiopia’s China-inspired strategy will be enough to meet the country’s sizeable ambitions, and although its approach makes sense on paper, it hasn’t been plain sailing in practice.

Some agro-industrial parks have faced the same difficulties that confront many businesses operating in Ethiopia, such as a lack of electricity supply and foreign exchange. In addition, recent political unrest may also discourage investment and have economic implications.

However, employment in the agro-processing sector has been growing steadily. More widely, the country has outperformed its neighbors in economic growth for the past decade. Importantly, Ethiopia, like many other countries in the region, enjoys structural advantages (such as a large, young population and low wages) that underpinned the early decades of China’s rapid growth, which suggests its potential is great. If Ethiopia can realize this potential, its China-inspired economic strategy could be a compelling model for other African countries.

Q&A: Adding Value to Agricultural Exports to China Will be Key to Ethiopia’s Post-COVID Recovery 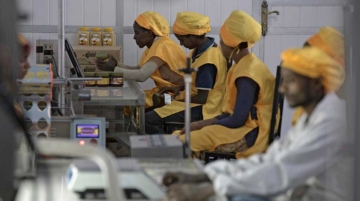 The ongoing COVID-19 pandemic is among the greatest challenges facing the global community today. While Ethiopia has had an overall successful response to the pandemic with a low rate of infections and deaths, the country ... 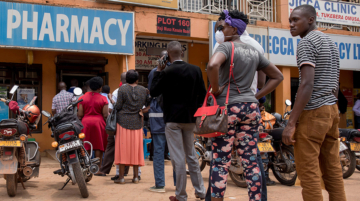 As COVID-19 continues its rampage across most of the planet, including in Africa, the vulnerabilities of Africa’s reliance on imported medical and pharmaceutical products are being exposed, and attention is increasingly focused on the ...

Without South African Chrome, There Can Be No Chinese Stainless Steel 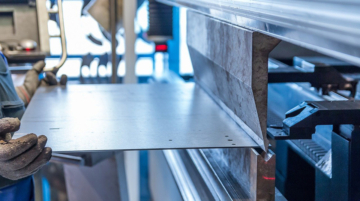 Coming off the N4 motorway near the small town of Marikana in South Africa’s platinum landscape, one almost immediately encounters the huge Tharisa Minerals mining operation. This gigantic open cast mine was started in 2009 ...
Previous Story: The Economic Implications of COVID-19 in Cameroon and Key Lessons for Policymakers
Next Story: U.S. vs. China in the Battle of Perceptions