One of the Dumpsites in Lusaka, a source of job creation for women. Photo by Derrick Silimina.

Isabel Tembo, a mother of 2, wakes up every morning and heads to a local dumpsite in Zambia’s capital – Lusaka to join several other jobless women who pick through piles of garbage to collect plastic bottles for sale.

Confronted with increasing amounts of waste in Zambia, a number of women are starting to collect plastic litter for a living.

“I got familiarized to this business of scavenging for used plastic bottles by my friends so that I earn income. We do supply these waste empty bottles to Hongsen Company limited which in turn recycles them into finished plastic wares,” Isabel explained in an interview.

She noted that a bundle of plastics fetches around K25, equivalent to $2 while a sack of plastic bottles sells for about K15 ($1.15).

For Isabel and her fellow business-minded persons believe that where an ordinary eye sees trash, an entrepreneur sees treasure.

But plastic pollution devastates habitats, and experts blame it for damaging human health by for example contaminating drinking water.

While Chinese companies in Africa have sometimes been blamed for lax environmental standards, Hongsen’s sustainability initiative is not only earning a profit out of used plastic bottles but also working to reduce the impact of plastic refuse on people, wildlife and the environment. And it is creating jobs at the same time.

Jack Miti, 28, is one of the suppliers of used plastic bottles to Hongsen. He feels that the establishment of the factory has improved the quality of life of nearby communities.

“Long before this company came here, we had a lot of litter and dumpsites around but all have been cleared for recycling purposes. Not only is this firm creating employment for our community, it is also helping to keep our environment clean and healthy.”

In line with Extended Producer Responsibility (EPR), a global practice that places significant obligations on producers to support recycling, the Zambia Environmental Management Agency (ZEMA), an independent environmental regulator recently proposed the phasing out of plastic bags in the country.

“Enforcing this global practice would make manufacturers of packaging products to take on the responsibility of preventing waste such as plastics from being a threat to the environmental,” ZEMA Public Relations Officer Irene Chipili recently said in a statement.

She explained that one of the aims of EPR is to give producers incentives to change product design in environmentally benign ways. This includes making it easier to reuse and recycle products.

Hongsen Investment Director Yan Qingguo said in an interview that they decided to set up the recycling factory in Zambia after observing that the country had no such commercial recycling factories to help with environmental management issues.

“…When we first came to Zambia and discovered that there’s a lot of plastic waste all over. And you know, plastic waste does not easily decompose hence becomes a threat to the environment. And since there was no company that was doing the recycling business, we thought of establishing one within Lusaka,” Yan said. “For now, am proud to say it is working out well because we have created jobs for the local people as they have found something to do by supplying us with this stuff,” Yan says the company’s overall objective is to collaborate with the government to strengthen the Keep Zambia Clean Campaign.

And company administration officer Thandiwe Chaaba said the firm is creating value out of plastic waste material by contributing to job creation and environmental sustainability:

“We recycle waste plastics. We get it from our suppliers in the surrounding community and when they deliver it here, we have a machine that washes, and after that, there is another machine that complete the manufacturing cycle through shapes of plastics such as cups, comb, dustpans, plates and so on.”

Thandiwe, who is also a Chinese translator, highlighted that the local community is benefiting from the recycling plant because they are both employed, and they are cleaning up their environment.

China recently banned the importing of plastic for recycling because of the environmental impact of the recycling process. Since then, plastic recycling has moved to other regions, including East Africa.

As the Lusaka City Council and other local authorities struggle to find better methods of waste management, trash pickers like Isabel will continue to make a living out of dumpsites. As far as they are concerned, the dumpsite is a goldmine that should be left intact.

Derrick Silimina is an award-winning freelance journalist based in Lusaka who writes regularly on Zambian agricultural, sustainability and China-Africa relations. He can be reached by email at derricksilimina@gmail.com. 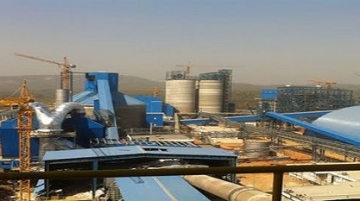 China’s growing economic muscle in Africa frequently raises fears of domination. However, on the ground, these companies often create jobs and try to comply with laws aimed at strengthening local stakeholdership. A case in point ...

The Donkey: Africa’s Next Endangered Animal 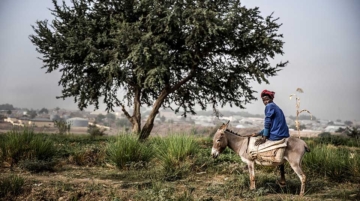 When you think of endangered African animals threatened by poachers, donkeys typically do not come to mind. But the Nigerian government wants to change that by classifying the donkey as an animal that potentially faces ...
Previous Story: Q&A: Chinese Sales of Surveillance Technology to African Governments is Understandably Worrisome but in no way Exceptional
Next Story: China-Africa 101: Do Regular Africans Approve? Polls & Stories on China’s Likeability