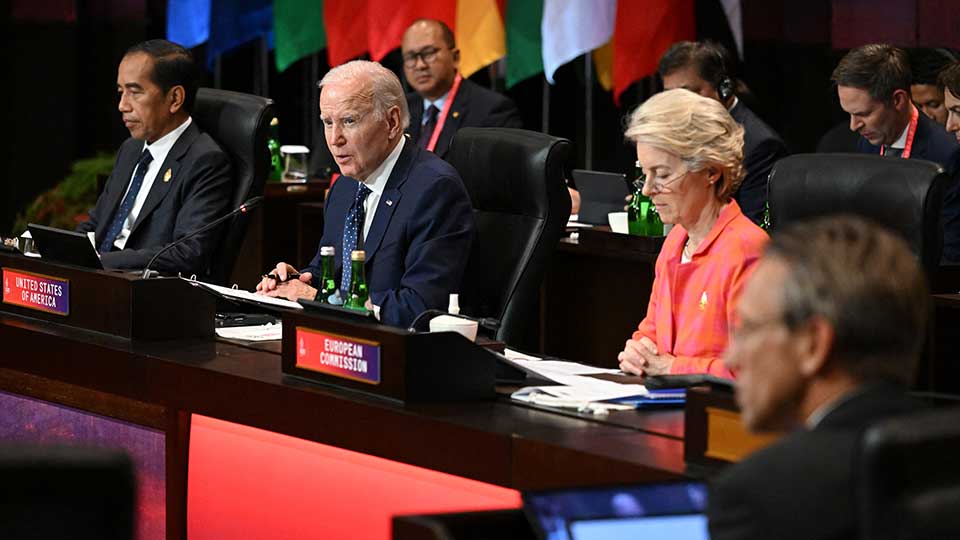 Indonesia President Joko Widodo, U.S. President Joe Biden and European Commission President Ursula von der Leyen hold an event on the Partnership for Global Infrastructure and Investment on the sidelines of the G20 Summit in Nusa Dua on the Indonesian resort island of Bali on November 15, 2022. SAUL LOEB / AFP

The G7 group of wealthy countries unveiled the first major initiative as part of its Partnership for Global Infrastructure and Investment (PGII), which is ostensibly aimed at countering China’s dominance in financing infrastructure in developing countries.

The coalition announced a $20 billion climate finance deal on Tuesday that will help Indonesia to transition from largely coal-based energy generation to cleaner renewable sources. Jakarta has pledged to cap carbon emissions from its power sector by 2030 and also aims to generate a third of its power from renewable sources, including wind and solar.

PGII Will Channel a Lot of Private Capital to Developing Countries But What About the Debt? 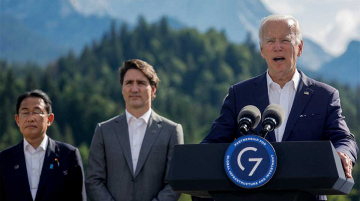 Even as the G7 was unveiling its new Partnership for Global Infrastructure Investment (PGII), protesters in the Alpine town hosting the summit were calling for more action on infrastructure-related debt. This ...

No Surprise, Chinese State Media Didn’t Think Much of PGII, But They Actually Raised a Few Interesting Points 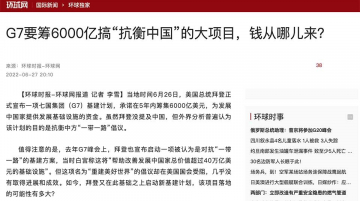 The Chinese nationalist tabloid Global Times was among the first to launch broadsides against the G7’s latest effort to challenge the Belt and Road. Predictably, the paper interviewed several scholars who all discredited ...

Why Battery Decoupling Projections Could Be Way Off 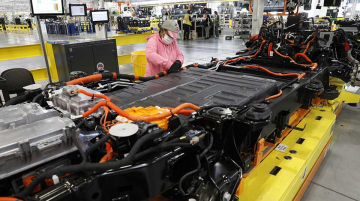 The United States and Europe could free themselves from their dependence on China for electric vehicle batteries by 2030, if they invest about $160 billion.  This is the key finding of a new ...
Previous Story: Biden Expressed Concern to Cambodia PM Hun Sen About What China’s Doing at the Ream Navy Base
Next Story: Even in a Foreign Country, China Made Other Leaders Treat Xi as the Host