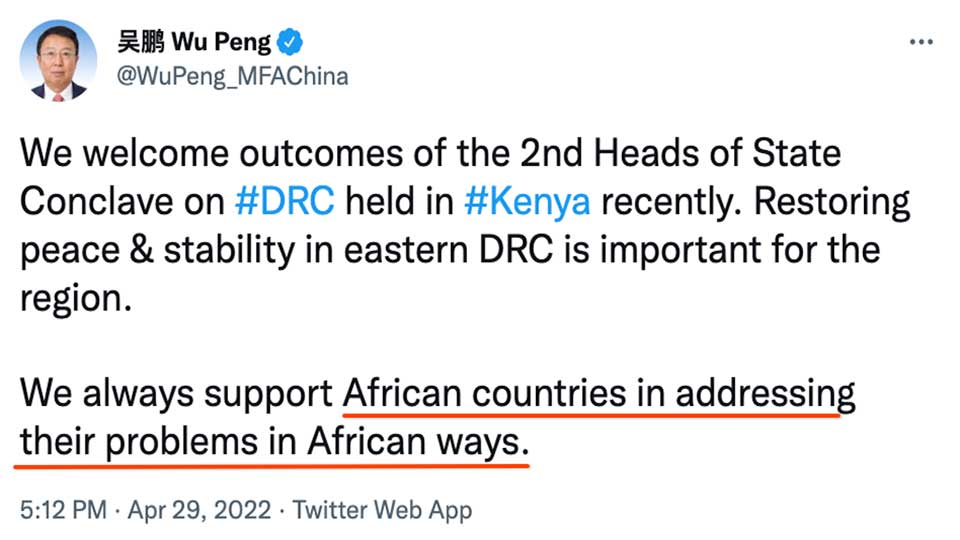 China’s top diplomat for sub-Saharan Africa, Wu Peng, tweeted on Friday a version of Beijing’s longstanding mantra “African Solutions for African Problems.” The origins of that concept, at least in the Chinese context, are actually grounded in Asia where President Xi Jinping emphasized “Asia for Asians” early in his tenure as part of his opposition to the presence of U.S. military forces in the region.

So, these references of Africa for Africans or Asia for Asians are often intended to convey a coded double meaning aimed at countering what China perceives as U.S., European or Japanese hegemony. It also signals solidarity with the African Union, which has frequently used the phrase as the basis of continental initiatives like the African Peace and Security Architecture.

Understanding where Africa fits within China’s broader strategic geopolitical vision is something of a mystery to many outside observers. Most international reporting and research on the issue relies on English or French language materials that ... 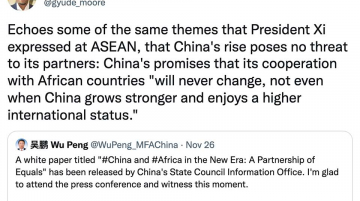 The release of the White Paper on Friday provoked a lively discussion online among scholars and analysts. W. Gyude Moore, a senior policy fellow at the Center for Global Development in Washington, D.C., and a ... 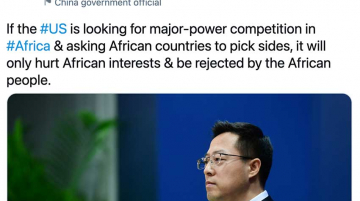