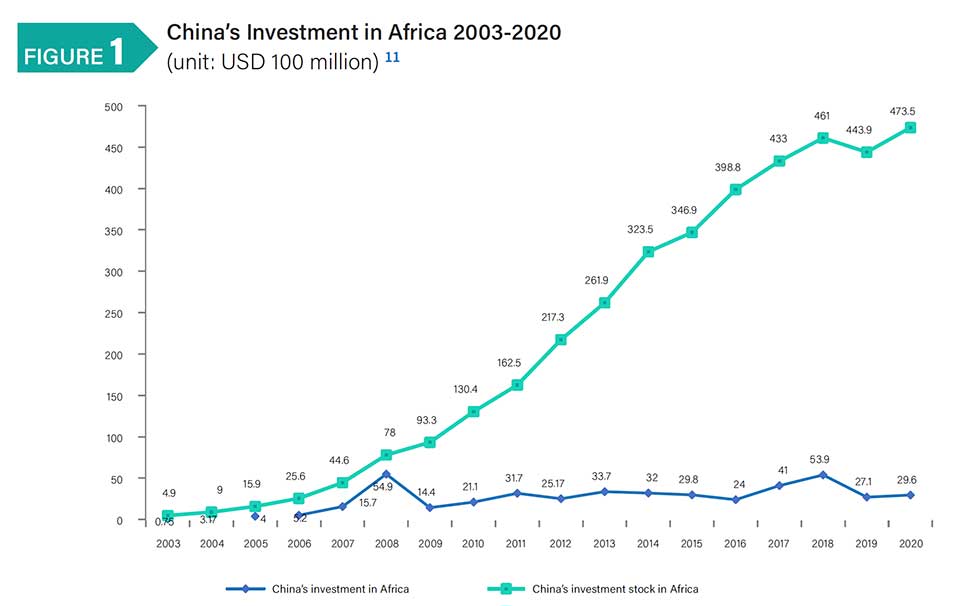 Chinese foreign direct investment in Africa increased by 8% in 2020 compared to the previous year, from $2.7 billion to $2.96 billion. Including the 2020 investments, the total Chinese FDI on the continent amounts to $47.4 billion, according to data in a new report published by the China Africa Business Council (CABC).

But the distribution of Chinese investment on the continent remains highly unequal with just 12 countries, mostly resource-rich states, accounting for two-thirds of all FDI in Africa. South Africa tops the list with $6.5 billion, or 14% of the total, followed by the Democratic Republic of the Congo with $5.8 billion and $3.4 billion in Zambia, according to the CABC report. 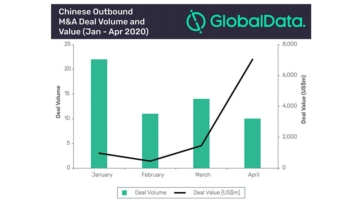 The London-based analytics firm GlobalData released a new report this week that highlights how Chinese companies are looking to buy distressed assets around the world as prices slump due to the ... 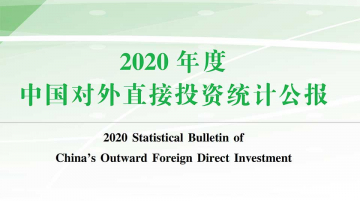 Even amid the pandemic, Chinese investment overseas last year increased by 12.3% to $153.71 billion, according to a new report published last week by the Ministry of Commerce, National Bureau of Statistics, and ... 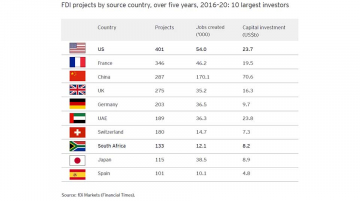 China was the leading source of foreign direct investment in Africa from 2016 to 2020 in terms of both jobs and capital invested, but third behind the United States and France in terms ...
Previous Story: Now That Chinese-Owned OPay Has Become Africa’s Third Tech Unicorn, the Magnitude of What Happened Last Week is Starting to Settle In
Next Story: Chinese Oil Buyers Have a Renewed Appetite for Angola Crude