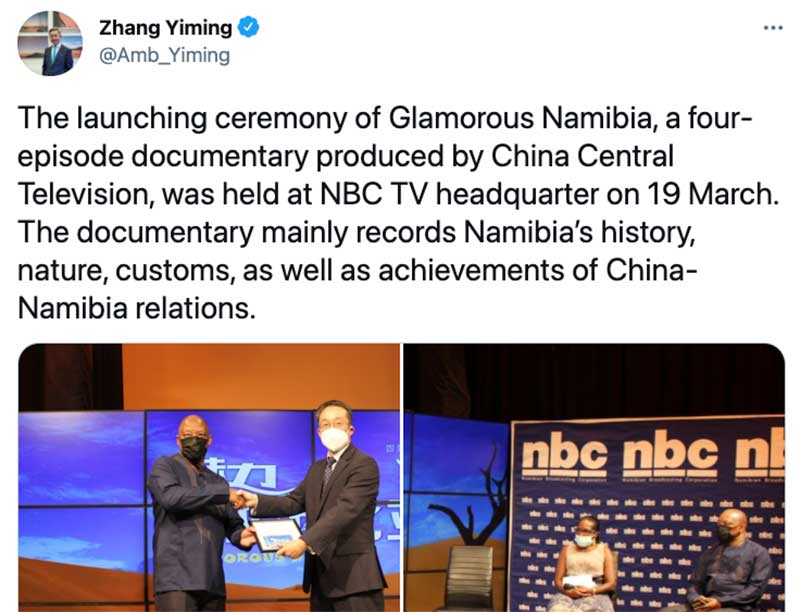 TV viewers in Namibia will be able to watch a four-part documentary series produced by China’s state-run broadcaster CCTV beginning on Monday at 17:20 local time.  The show, Glamorous Namibia, will be aired on the state-owned Namibia Broadcast Corporation and is timed to coincide with the 31st anniversary of Sino-Namibian ties.

Given that NBC and CCTV are both state-run channels, it’s not clear if the Chinese embassy had to pay for the air time or if this was done free of charge as a diplomatic arrangement between the two countries. 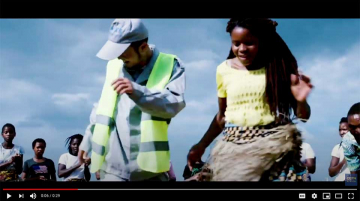 If you didn’t know anything about CGTN, China’s state-run international television network, it’d be easy to mistake their new promotional spot as a slickly-produced commercial for the Chinese government’s engagement in Africa. Images of ... 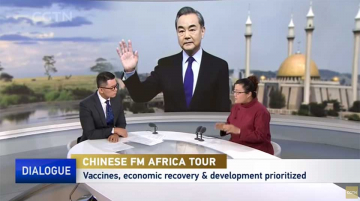 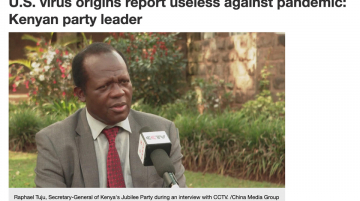 The Chinese Communist Party is turning to its friends in Kenya’s ruling Jubilee Party to denounce the U.S.-led accusation that the COVID-19 virus originally leaked from a lab in Wuhan China. Last ...
Previous Story: One Week Later, Burundi Shows the Statement That It Published in Support of China’s Controversial New Election Law in Hong Kong
Next Story: Hundreds of Thousands of Chinese Vaccines Landed in Egypt, Benin, and Niger Over the Weekend