Exterior of the China Exim Bank building in Beijing. Image via CGTN.

New research finds that China has a much higher risk tolerance in its overseas lending practices, particularly to African countries, compared to other major creditors from the U.S., Europe, and Japan. “There is a negative relationship between credit risk and Chinese development finance—a disproportionate share of Chinese loan commitments to African countries are made to governments with high credit risk levels,” concluded David Landry, a professor at Duke University and independent consultant Gailyn Portelance in a new paper published by the Center for Global Development.

The fact that China appears to have a significantly higher appetite for credit risk has prompted skeptics, particularly in the United States, to suggest that political motives account for Beijing’s willingness to lend so much to countries susceptible to debt distress. 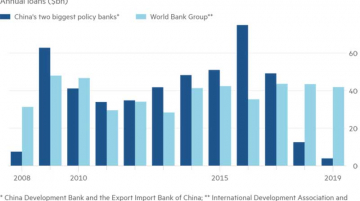 Findings from Boston University’s new database on Chinese development finance patterns that revealed a “collapse” of overseas lending sparked a lot of conversation online yesterday from leading development economists in the U.S. and ...

Everybody Seems to Agree That Chinese Overseas Lending is Decreasing… But By How Much? 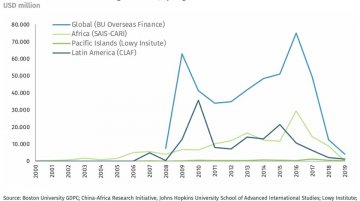 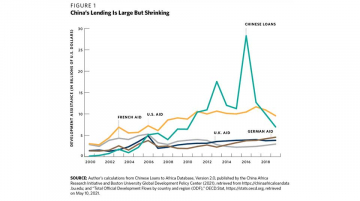