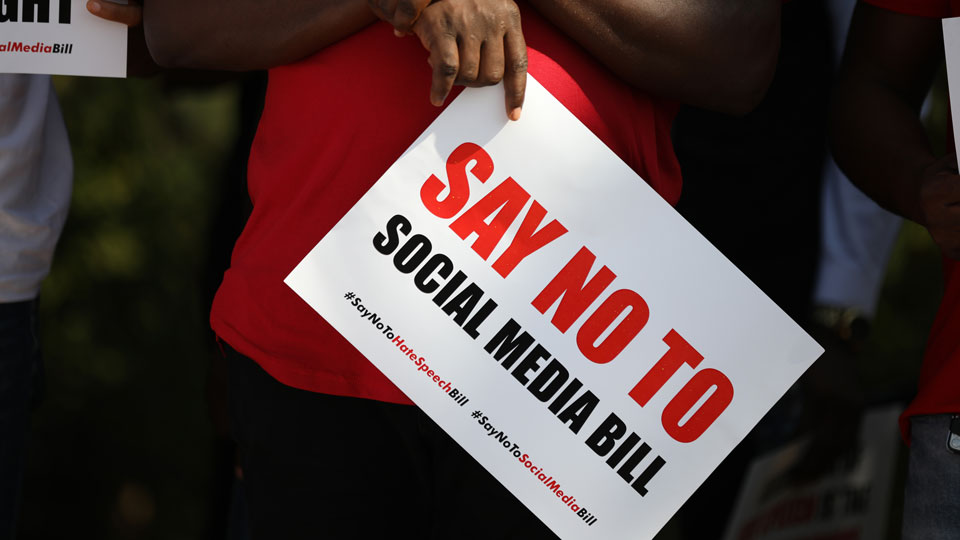 A protester holds a placard in front of Nigeria's National Assembly during a protest on the Hate Speech Bill and Social Media Bill in Abuja, on November 27, 2019. Thousdands of protesters are gathered in different state assemblies in Nigeria to condemn the proposed Hate Speech and Social Media Bills. The proposed bill has sparked controversy in Africa's most populous country, with rights activists, prominent figures and opponents of President Muhammadu Buhari speaking out against it. Kola Sulaimon / AFP

Anger is mounting in Nigeria over the prospect of a Chinese-style social media bill that would regulate speech on the Internet. Activists turned to Twitter to vent their frustration over the bill and last week’s comments by First Lady Aisha Buhari who suggested that if China can effectively control a population in excess of a billion people then it shouldn’t be a problem for Nigeria to do the same with just 180 million people.

If passed, the law would, in fact, emulate some of China’s online content controls by prohibiting any comments that are deemed “likely to be prejudicial to national security” and “those which may diminish public confidence” in the government. 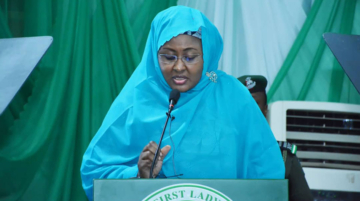 Nigeria’s First Lady, Aisha Buhari, said the time has come to regulate social media and online content and that the spread of lies and fake news is “getting completely out of hand.”  In ... 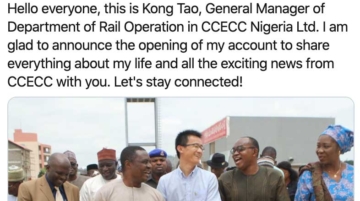 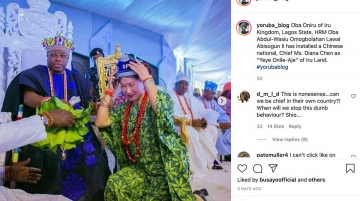 A well-known Nigerian chieftain in Lagos bestowed honorary chieftaincy titles on three foreign nationals and nine Nigerians earlier this month to commend them for their contributions to economic development in Lagos ...
Previous Story: China’s Deputy Ambassador to Zimbabwe’s Weekend Visit to The Zimbabwe Herald Newsroom Highlights Deepening Media Ties in Africa
Next Story: If First Lady Aisha Buhari is so Keen to Follow China’s Example, Then Why Not Go All the Way, Suggests Nigeria’s Twitterverse