The China Global South Project · Where Does Africa Fit in Xi Jinping's Worldview?

This September 50 African leaders will arrive in Beijing for what is widely expected to be one of the most important international summits of the year. Billions of dollars in financial aid and loans along with China’s broader strategic direction for the continent will be unveiled at the Forum on China Africa Cooperation leaders summit.

But the summit will take a place at a delicate time for Chinese president Xi Jinping, where he is confronting enormous challenges related to the ongoing trade war with the United States and, at the same time, huge opportunities to expand his country’s role in global affairs.

The New York-based Council on Foreign Relations’ Asia Director, Dr. Elizabeth Economy, also author of the new book The Third Revolution: Xi Jinping and the New Chinese State, is one of the world’s leading experts on Chinese foreign policy and joins Eric & Cobus to discuss the political backdrop surrounding the upcoming FOCAC summit in Beijing.

Elizabeth Economy is a senior fellow at the Hoover Institution at Stanford University and a senior fellow for China studies at the Council on Foreign Relations, where she previously served as the C.V. Starr senior fellow and director for Asia Studies for over a decade. Economy is currently on leave serving as a senior foreign advisor in the Department of Commerce for the current administration.

Economy is an acclaimed author and expert on Chinese domestic and foreign policy. Her most recent book, The Third Revolution: Xi Jinping and the New Chinese State, (Oxford University Press, 2018; Thai edition, 2018; Chinese (Taiwan) edition, 2019) was shortlisted for the Lionel Gelber Prize, a prestigious literary award for foreign affairs books. She is also the author of By All Means Necessary: How China’s Resource Quest is Changing the World (Oxford University Press, 2014; Vietnamese, 2019) with Michael Levi, and The River Runs Black: The Environmental Challenge to China’s Future (Cornell University Press, 2004; 2nd edition, 2010; Japanese edition, 2005; Chinese edition, 2011). The River Runs Black was named one of the top 50 sustainability books in 2008 by the University of Cambridge, won the 2005 International Convention on Asia Scholars Award for the best social sciences book published in Asia, and was listed as one of the top ten books of 2004 by the Globalist as well as one of the best business books of 2010 by Booz Allen Hamilton’s strategy+business magazine. She also coedited China Joins the World: Progress and Prospects (Council on Foreign Relations Press, with Michel Oksenberg, 1999) and The Internationalization of Environmental Protection (Cambridge University Press, with Miranda Schreurs, 1997). She has published articles in foreign policy and scholarly journals including Foreign Affairs, Harvard Business Review, and Foreign Policy, and op-eds in the New York Times, the Washington Post, and The Wall Street Journal, among others. Economy is a frequent guest on nationally broadcast television and radio programs has testified before Congress on numerous occasions, and regularly consults for U.S. government agencies and companies. She writes about topics involving China on CFR’s Asia program blog, Asia Unbound, which is syndicated by Forbes.com. In June 2018, Economy was named one of the “10 Names That Matter on China Policy” by Politico Magazine. 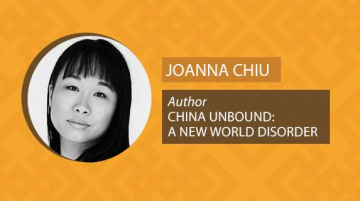 Public perceptions of China vary markedly depending on where you live in the world. In wealthy advanced economies in the Global North, 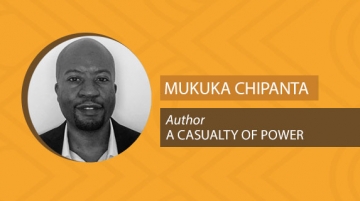 Given the tensions and controversies that have shaped China’s decades-long engagement in Africa, it’s a bit surprising that there are so few fictional books on ...

How Smaller Countries Can Negotiate More Effectively With China 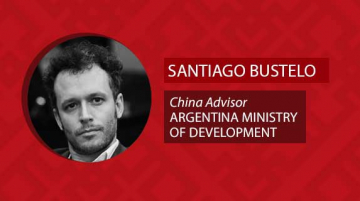 China’s enormous size affords it tremendous advantages in its relations with smaller countries, particularly developing states in the global south. Beijing regularly leverages its huge ...
Previous Story: Author Mukuka Chipanta's Fictional Portrait of China-Zambia Ties
Next Story: African Governments Need to Negotiate Better Deals With China. Here's How They Can Do It.