The ongoing debt crisis in Zambia and several other African countries is proving to be much more difficult to resolve than in previous years because of the expanded role of both Chinese lenders and bondholders. Both of these creditors have starkly different approaches in how they’re handling the situation when countries find themselves unable to meet their obligations.

In Zambia, in particular, critics accuse the Chinese of not being forthcoming about the size and nature of their loan portfolio in the country. Similarly, private creditors face equal scorn for appearing to be inflexible.

But private creditors, for their part, say those critiques are not fair as they don’t take into the legal obligations that asset managers, hedge funds, and other investors face as part of their fiduciary responsibility. Furthermore, given that many of the institutions that manage Eurobond holdings in Africa represent hundreds, even thousands of individual investors, getting them all to agree to a debt relief package would be difficult if not impossible.

The Emerging Markets Investors Alliance (EMIA), a U.S.-based non-profit industry group, represents many of those institutional investors that own Zambian debt. EMIA Research Analyst Ken Colangelo joins Eric & Cobus from New York to discuss the perspective of investors in the ongoing debt crisis in Zambia and elsewhere on the continent.

Ken Colangelo, CFA is currently an EM Strategist with Greylock Capital Management, LLC where he serves as the dedicated ESG analyst. With over a decade working in emerging market fixed income, Ken primarily focuses on investments in some of the least developed economies to access the international capital markets and believes mobilization of private credit is essential to achieve the UN’s Sustainability Goals. His responsibilities include the development and maintenance of Greylock’s ESG-integration strategy, in-line with their distressed and event-driven fixed-income strategy. Prior to joining Greylock, Ken worked as an EM Economist in the Global Economics Department at AllianceBernstein, where he oversaw frontier sovereign credit. Ken has extensive experience working with many ESG data providers, including the World Bank and the IMF. He has a BS from Cornell University and has obtained the Chartered Financial Analyst® (CFA®) designation.

Why the “Professional Pessimists” Are Wrong About Africa’s Economic Future 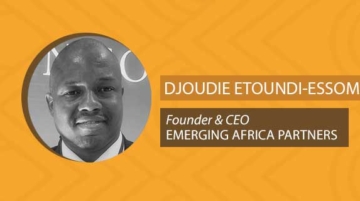 Africa’s economic landscape today looks bleak. Debt levels, unemployment rates and bankruptcies are all on the rise across much of the continent. And it doesn’t ... 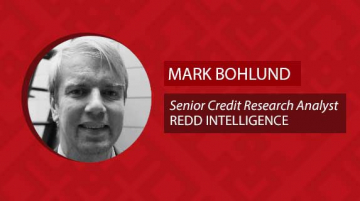 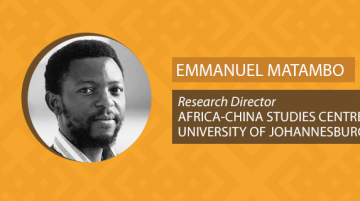 The Chinese government pushed back this week against the U.S. and its new foreign policy strategy for Africa. The Foreign Ministry dismissed Washington’s emphasis on ...
Previous Story: The Back Rooms in Johannesburg’s Chinatown
Next Story: Why China’s Cutting Back on Overseas Lending