China’s tech giants are rapidly expanding their presence in Africa in commercial, consumer and government sectors. In just the past few weeks alone, there has been a flurry of announcements from a number of Chinese tech companies that highlight their growing enthusiasm for the African market:

While it’s exciting that some of the world’s largest technology companies are now beginning to invest in Africa and recognize the importance of the market, there’s also a number of downsides that also need to be considered:

In this week’s show, we bring you two perspectives on these issues: one from Nairobi, the other from the Chinese capital in Beijing.

Harriet Kariuki is an emerging markets analyst in Kenya where she surveys the digital landscape and local start-up scene to identify investment opportunities for foreign companies, including many from China. Kariuki also writes extensively on China-Africa tech issues on LinkedIn where she discusses both the promise and peril of Chinese technology investment on the continent.

While she believes that China’s model of state-backed support of early-stage technologies offers an appealing model for African governments, she also sees the danger that comes with Chinese ownership of African consumer data. “In exchange for affordable smartphones and innovations, some people argue that Africa is giving up data that China’s Artificial Intelligence engineers will have access to without compensation,” said Harriet in a recent post.

China’s approach to becoming the next technological powerhouse through its state-backed startup push provides several learning lessons that African governments can use to ensure that homegrown startups are properly funded and supported. — Harriet Kariuki

Not surprisingly, in Beijing, there’s a very different outlook on these issues and the African market as a whole, according to Zahra Baitie, the China Director at the consultancy Development Reimagined and a co-founder of the events company Kente and Silk.

Given that the Chinese domestic market is so incredibly large, it can often be challenging to get peoples’ attention to focus on opportunities abroad, much less in places like Africa that are not as developed. To that end, Zahra organizes a series of events to connect African students, entrepreneurs and business leaders with prospective Chinese investors and other stakeholders.

Her next event, Riding the Technology Disruption Wave in Africa, will take place in Beijing on November 22 and will feature an introduction to the African start-up ecosystem along with an overview of the opportunities and challenges that await Chinese tech investors on the continent.

Harriet Kariuki is a young analyst from Kenya with an interest in Chinese investments into Africa. Her specialty is in the African startup space where she has worked with several startups in different capacities i.e creating disruptive sales, business development, and social media strategies. Over the past years, she has specifically focused on innovation in Africa’s informal economy, working across diverse industries, from financial services to government policies to professional childcare services for corporates.

As a Research Analyst at Botho Emerging Markets Group, dedicated to Africa-focused investment advisory and strategy consulting, Harriet is in-charge of identifying African opportunities and facilitating local and/or foreign investment. In this capacity, she is also working with Chinese investors that are interested in the region. In her free time, Harriet writes analytical pieces on Africa’s leapfrogging ability with the growing investment (such as China’s Belt and Road Initiative) as well as tech-startups in the region.

Harriet holds a Master Degree in Economics from Peking University and B.A. in Political Science and East Asian Studies from Harvard University. She has lived in several East Asian countries and speaks Korean, Japanese and Mandarin. 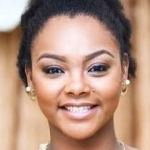 Zahra Baitie was born in the United Kingdom, brought up in Ghana, rooted in her Arab Heritage, and educated in Ghana, the United States, and China. She considers herself a globally minded citizen with a pan-African spirit. She studied Global Affairs at Yale University with a focus on East Asia and African Studies and is passionate about the development of emerging countries.

Currently, Zahra is the China Director at the Beijing-based consultancy Development Reimagined. Prior to that she worked as a Consultant at Dalberg Global Development Advisors where she worked on agricultural transformation, youth employment, investment facilitation and public policy strategies for emerging countries. Determined to catalyze transformative growth on the African continent and fluent in Mandarin, she hopes to positively shape Sino-Africa affairs and hopes the Schwarzman Scholars Program can help her further realize her career aspirations. Zahra is 26 years old and from Ghana. 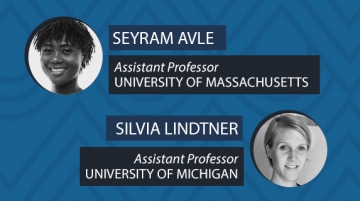 2019 is not even a month old and already two major Chinese tech companies have announced big plans to expand in Africa. Electronics giant 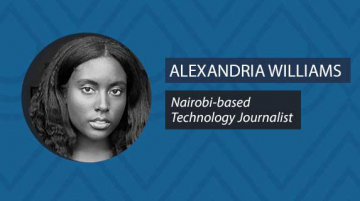 2021 has been a busy year so far for China’s technology giants as they look to expand their international operations and appear to have their ...

Huawei in North Africa: Lots of Good PR, Not a Lot of Tech Transfer 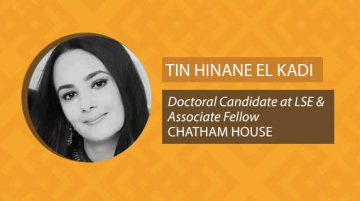 Huawei’s success in Africa is undeniable. It’s built large swathes of the continent’s telecom network and is an indispensable player at almost every layer of ...
Previous Story: Why South Africa's Large Chinese Population is Known as the "Quiet Community"​
Next Story: The Role of Human Rights in the China-Africa Discourse