For much of the past half-century, China differentiated itself from other major powers through its non-interference doctrine that dictated Beijing would not intervene in the domestic affairs of another country. And, for the most part, the Chinese have generally fulfilled that promise, first articulated by the late premier Zhou Enlai at the Afro-Asia summit in Bandung back in 1955. For much of that time, during the latter half of he 20th century, China was a poor developing country that lacked the means to intervene abroad even if it wanted to.

Today, that is no longer the case. China has a massive international portfolio and the resources to protect it.

“Without the military power of the United States or socio-economic and political ties that Europe has with developing countries, especially in Africa due to their colonial heritage, non-Western rising powers are compelled to engage even more unstable countries like Libya and South Sudan for their raw material and energy needs.” — Dr. Obert Hodzi

The Chinese are dependent on imported energy, food and raw materials to sustain their economy. Similarly, Beijing has hundreds of billions of dollars in investments spread around the world, some in countries that are highly unstable. Finally, every year more than 135+ million Chinese nationals travel abroad for business and leisure, making their protection also a priority for the government.

The first major indication that Beijing had decided to “evolve” its non-interference doctrine came in 2015 with the passage of a new anti-terrorism law that permitted for militarized intervention abroad to protect Chinese people and property. Although the Chinese have never used the law’s powers to unilaterally deploy forces to another country, the law does serve as a critical part of the intellectual architecture that has shaped Xi Jinping’s more muscular foreign policy agenda we see today, particularly in places like Africa, the Indian Ocean region and in the South China Sea.

Dr. Obert Hodzi, a scholar at Boston University’s African Studies Center and a postdoctoral researcher at the University of Helsinki, writes in a new book on the subject that it was inevitable that China would one day abandon its non-interference policy. “The dilemma for rising powers, China in particular, is that the biggest concentration of energy and other strategic natural resources needed to sustain their domestic economic growth, which is critical to maintaining their relative economic power and global power status lie in countries at risk of both political instability and intrastate armed conflicts,” said Dr. Hodzi.

Dr. Hodzi joins Eric and Cobus this week to discuss his new book, “The End of China’s Non-Intervention Policy in Africa,” and why he thinks this major Chinese policy shift is happening in Africa faster than in other parts of the world. 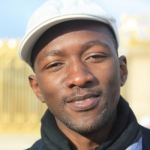 Obert Hodzi is a postdoctoral researcher at the University of Helsinki (Finland). He received his PhD in Political Science from Lingnan University, Hong Kong in 2016. His research interests include the foreign policy of China, emerging powers, South-South power dynamics, and governance in Africa. Previously, he has worked as a visiting scholar at the Renmin University of China and at the Institute for Peace and Security Studies at Addis Ababa University, Ethiopia, and as governance advisor in Zimbabwe.

Is China a Partner or Predator in Africa (or Both)? 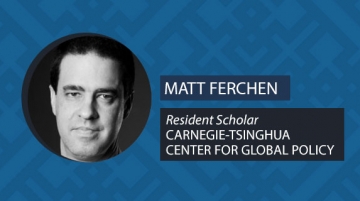 Depending on who you speak with, China’s engagement in Africa is often described in extreme terms as either the best thing to ...
Previous Story: The U.S. Wants to Challenge China’s Dominance in Lending to Developing Countries. Here’s How They Plan To Do It.
Next Story: Africa’s Role in the Ongoing Chinese Debt Crisis Debate