Last May, Chinese President Xi Jinping announced that Beijing would make any future COVID-19 vaccine available to Africa and other developing regions as a “global public good.” He didn’t explain, though, what that actually meant. Since that speech to the World Health Assembly, there’ve been very few details as to how China plans to distribute a C19 vaccine in Africa, how much it will cost and which countries will have to pay for it.

But last week we got our first clue as to what the Chinese may be planning to do. After months of hesitation, Chinese Foreign Ministry spokeswoman Hua Chunyin delivered a surprise announcement last Friday that the government will join the COVID-19 global vaccine alliance known as Covax. This is the same organization that the U.S. has refused to support due to its close relationship with the World Health Organization that Washington recently withdrew from and that it contends is unduly influenced by China.

George Zixiang Zhou closely follows China’s vaccine development in his role as a policy and advocacy association at the Beijing-based consultancy Bridge Consulting. He joins Eric & Cobus from the Chinese capital to discuss what the Covax decision means for Beijing’s COVID-19 vaccine strategy in Africa and why this is such a high-risk, high-reward undertaking.

Zixiang (George) Zhou is a policy & advocacy associate at Bridge Consulting (Beijing) Co., Ltd. He is an experienced international relations professional who has worked in Washington DC, Nairobi, and Beijing, advising some of the largest Fortune 500 companies, international organizations, and local SMEs. He has experience in some of the most complicated and contentious areas in today’s international environment including cybersecurity, trade and economics, information and communication technology, and global health. He is a graduate of the George Washington University, Elliott School of International Affairs. He is dedicated to building bridges between China and the rest of the world, and bringing them closer one small step at a time. 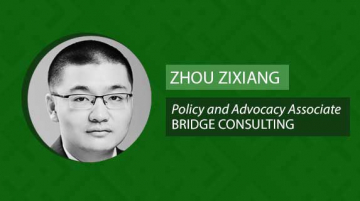 By now, COVAX, the global vaccine alliance should have shipped almost a quarter of a billion doses to the world’s poorest countries. That hasn’t happened. ... 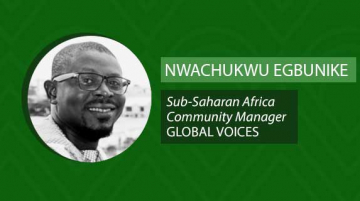 COVID-19 vaccines are finally starting to make their way to the world’s poorest countries as production of Chinese, Russian and Indian jabs ramps up. But ...

David Monyae Reflects on the Current State of China-Africa Relations 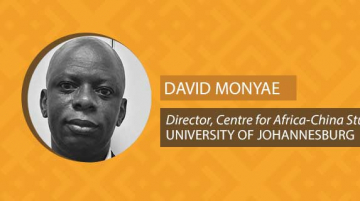 2020’s been a turbulent year for China’s relations with African countries amid the ongoing pandemic, a worsening debt crisis and an eruption of racial tensions. ...
Previous Story: Chinese UN Peacekeeping in Africa
Next Story: Venezuela and the Chinese Debt Crisis in Africa