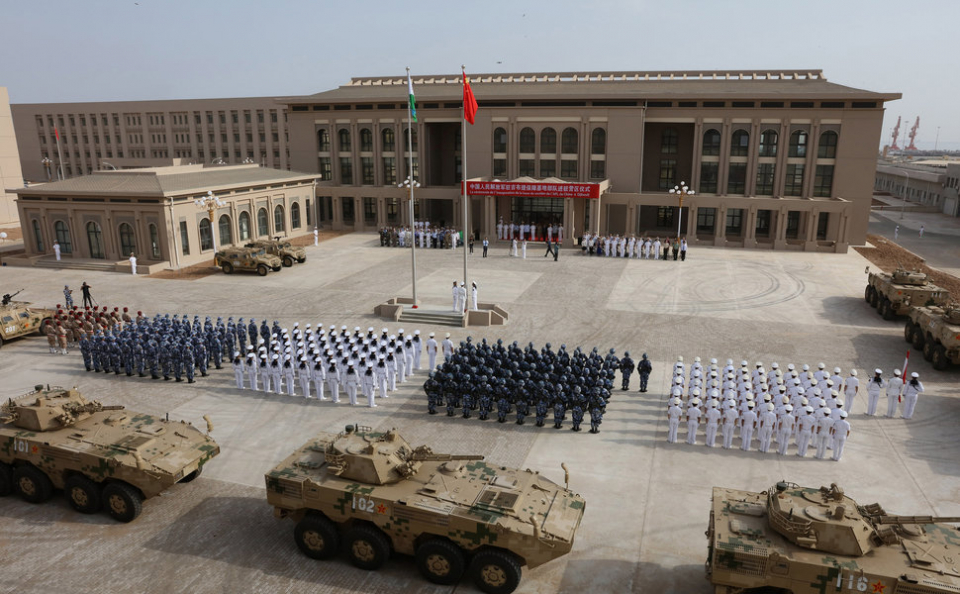 File image of the Chinese PLA Navy base in Djibouti. STR/AFP/Getty Images

When Djiboutian President Ismail Omar Guelleh publicly confirmed China’s intentions of building a military base near the Doraleh port in 2015, Beijing’s move was met with deep suspicion across Western capitals. As China’s first overseas military base, the facility was interpreted to reflect a profound shift in Beijing’s traditional ‘non-interference’ policy and herald a more global role for the People’s Liberation Army. It was thus not surprising that during the lead up to its inauguration in 2017, we didn’t have to wait long to see commentaries emerging that reminded us of China’s alleged ‘string of pearls’ strategy, premised on the belief that China would erect a series of dual-use and military bases in the Indo-Pacific to project maritime ‘blue navy’ power.

Recent reports of China’s alleged attempt to build a second overseas military installation in Equatorial Guinea covering Africa’s West Coast are thus a big deal. They have also hit a nerve in Washington as AFRICOM Commander General Townsend has increasingly tried to frame China’s growing military engagement on the continent as a threat to US interests.

One perspective that has – not surprisingly – been brushed under the carpet in this discussion is the agency of small states – in the developing world and beyond – in shaping China’s and other powers’ abilities to secure and operationalize military bases abroad. The conventional understanding sees small states as pawns in the ‘great game’ of US-China competition.

We disagree. Indeed, far from merely being pushed into an uncomfortable position between China and the US, small states actively use the provision of prime military real estate as a bargaining chip when engaging the two major powers. To elaborate on this further, we provide three cases of what we call ‘small state opportunism.’

Enter Djibouti. As a small state devoid of meaningful natural resources and in dire need of investment, China’s interest in expanding its economic foothold in the Horn of Africa met Djibouti’s ‘Vision 2035’ of positioning the country as a regional logistics and trade hub. Ruling over a small population since 1999 and experienced in negotiating with major powers, Guelleh likely saw in China another rent-seeking opportunity to bolster his extensive system of personalized patronage as well as an opportunity to enhance his bargaining position vis-à-vis the US, France, and their allies who also operate military bases in Djibouti.

A potential military facility in Equatorial Guinea could follow a similar rationale, with elite interests meeting Chinese strategy. Underpinned by the country’s natural resources, President Teodoro Obiang Nguema Mbasogo’s decades-long rule has developed a system of kleptocratic embezzlement and patronage. In the context of the president’s son’s conviction of embezzlement in France and British asset seizures, any potential military facility could bolster the president’s leverage vis-à-vis the West, while securing welcome capital to bolster his personal rule.

China’s EXIM bank provided the initial financing for the Port of Bata – the most likely location for any Chinese military facility – and the state-owned China Road and Bridge Corporation made additional upgrades to the port. The optics of China’s rapprochement already led a US delegation to try and persuade the regime from parting ways with China, reflecting how the specter of China’s military ambitions has already put the country on the map in Washington.

However, bargaining and playing the ‘China card’ does not guarantee certain outcomes – the Azores are a case in point. Chinese interest in the Azores, an island chain in the mid-Atlantic and key forward position for the US military during the Cold War, became apparent when Washington began to draw down its force posture there.  The Portuguese territory, which hosts the largest airfield in Europe and once housed 3,000 US military personnel on Terceira Island, depended for generations on the American presence to bolster its economy. The decision to significantly reduce its role in US defense calculations and cut personnel down to less than 200, corresponded with the launching of an unprecedented series of visits to the Azores by senior Chinese officials ranging from President Xi Jinping in 2014 to Premier Li Keqiang in 2016.

As one of the top investment destinations for Chinese FDI in Europe between 2010 and 2015, Portugal warmed to Beijing as it sought to shore up its battered economy in the aftermath of the 2008 global financial crisis. According to Portuguese officials, the Chinese offered to build a business center on the Lajes airbase, newly decommissioned and turned into an international airport in 2018, as well as expand the nearby port facilities. While the Portuguese stated categorically that China would not be using the area as a military base but rather as a transshipment point for Chinese goods bound for European markets, the possibility that the ex-US military installation could serve as a dual-use civil-military facility remained a concern.’

China’s growing military reach is certainly here to stay. As China’s overseas interests grow, so will the need to protect them in line with Beijing’s responsibilities as a great power. Small states that often host these installations are not, however, passive actors in these developments, but will likely continue to use their strategic locations to extract favors from China and the US. As China’s flag follows trade, we should keep an eye on their varying strategies to navigate this steadily changing global order. 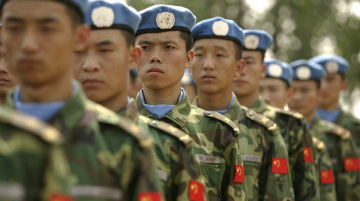 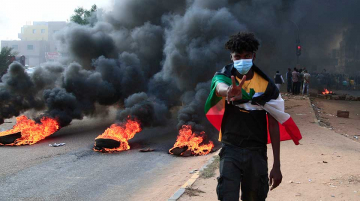 By Lukas Fiala and Hugo Jones, China Foresight LSE IDEAS Scenes of chaos reached us from Sudan this week, as a fragile power-sharing agreement collapsed. On 25th October, merely weeks after a failed coup attempt, Sudanese ... 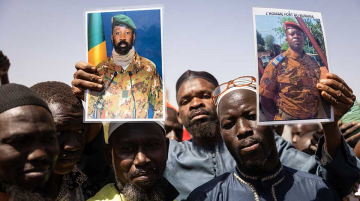 Chinese Foreign Ministry spokesman Zhao Lijian responded on Tuesday to the military overthrow of democratically-elected Burkinabé President Fas Roch Marc Christian Kaboré with a call to “restore normal order” and “resolve differences through dialogue.”  Zhao,
Previous Story: The Global Gateway’s Real Challenge
Next Story: If the EU Really Wants to Challenge China in Africa, It’s Going to Have to Do Better