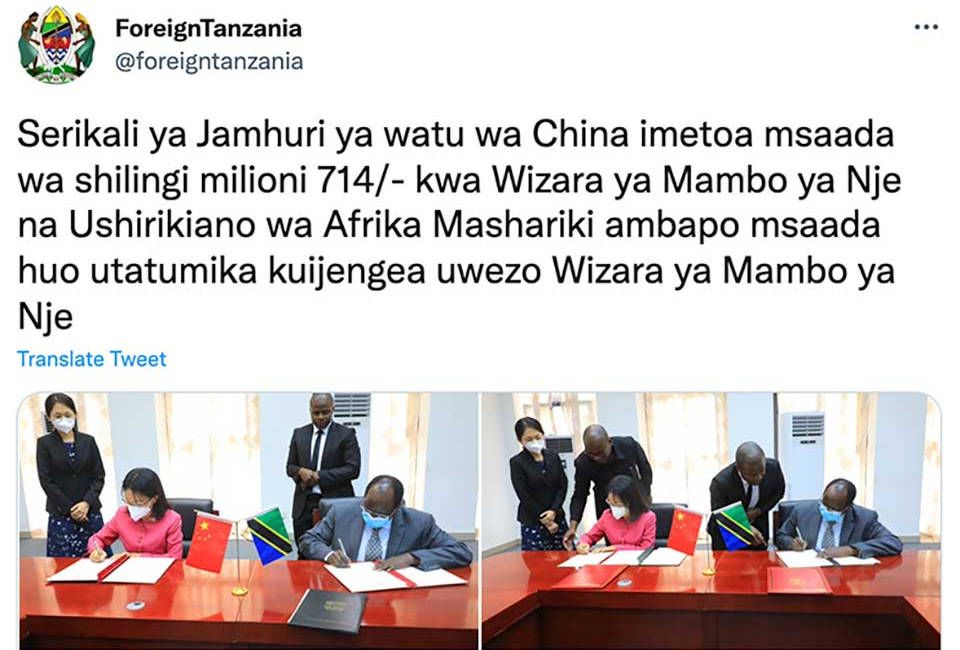 China’s ambassador to Tanzania, Chen Mingjian, participated in a signing ceremony on Monday with Foreign Minister Joseph Sokoine to mark the donation of 2 million RMB or $314,000 to the Tanzanian foreign ministry.

The donation itself is unremarkable and, obviously, not a lot of money. What’s key here, though, is China’s increasingly important role in facilitating the day-to-day operations of foreign ministries across the continent, mostly through donations of buildings and training academies.

China Accused Zimbabwe of Undercounting Its Financial Assistance… By a Lot! 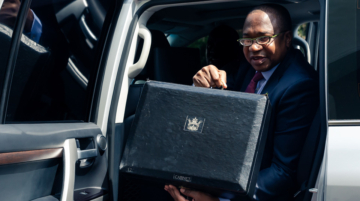 A very public rift broke out on Tuesday between China and Zimbabwe over how much financial assistance Beijing provides to Harare.  It all began last Thursday when Finance Minister Mthuli Ncube said in a ... 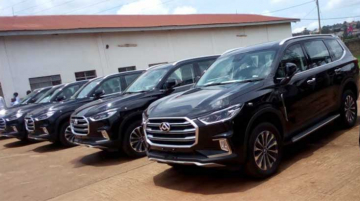 China’s ambassador to Uganda, Zheng Zhuqiang, handed over 70 brand new SUVs to Uganda’s Foreign Affairs Minister Sam Kutesa at a ceremony in Kampala on Wednesday. The vehicles were supposed to have been ... 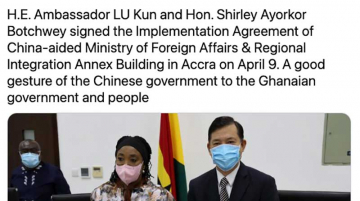 For years Ghana’s president Nana Akufo-Addo has touted his “Ghana Beyond Aid” agenda. Back in 2017 during a visit with French President Emmanuel Macron, the Ghanaian leader said “we have to get away from ...
Previous Story: Two-Day China-Africa Innovation Conference Wraps Up in Wuhan
Next Story: China Will Have to Pick Up the Pace If It Wants to Achieve Its Billion-Vaccine Pledge in Africa