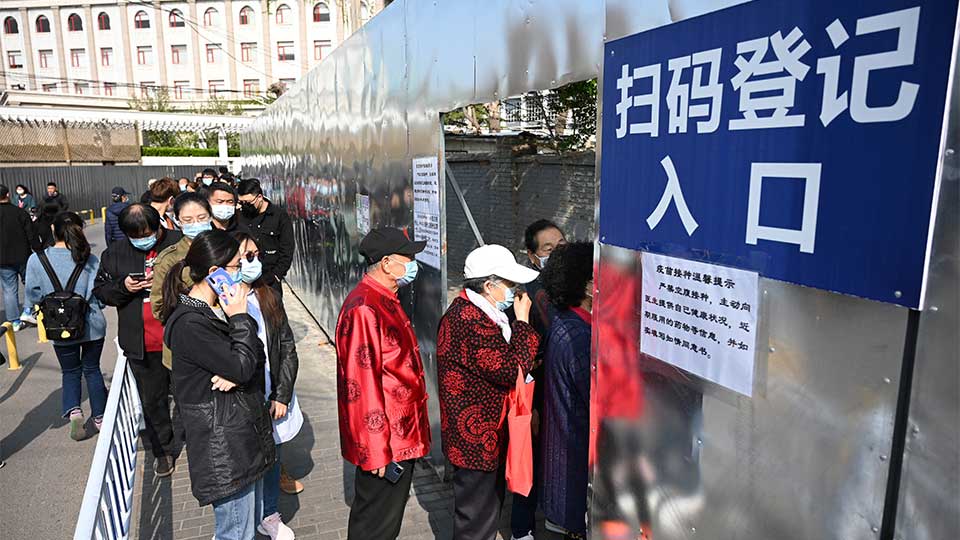 People line up to be vaccinated against the Covid-19 coronavirus, outside a residential compound in Beijing on April 8, 2021. LEO RAMIREZ / AFP

China’s once frenetic global vaccine distribution drive appears to have come to a grinding halt, at least temporarily, amid a push to gets jabs into the arms of its own people (photo). As of Sunday, China had inoculated 275 million people domestically.

Internationally, it’s a different story. The once constant bulletins that announced new vaccine deliveries or commitments by governments throughout the Global South to make future purchases are noticeably quiet. Normally, Chinese propaganda outlets and official Twitter accounts eagerly tout each delivery or endorsement, but there’s been a sharp downturn in vaccine messaging on those platforms over the past week.

Pressure Mounting on U.S. and European Governments to Ease IP Restrictions on Vaccines — Both to Relieve Vaccine Inequity and to Counter China, Russia 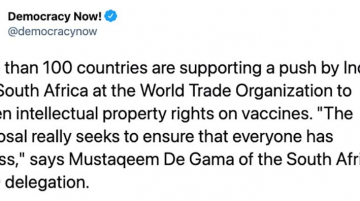 Calls are growing louder in the U.S. and Europe for those governments to waive intellectual property rights for COVID-19 vaccines so developing countries would be able to manufacture their own jabs ...

With the COVID Crisis Exploding in India, More Countries Turn to China to Fill the Vaccine Void 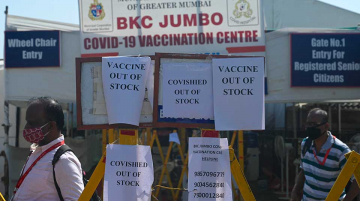 The vaccine distribution dynamic is rapidly changing in response to the unfolding calamity in India, where the country’s healthcare system has collapsed due to an explosion of infections across the country. ...

Lots of People in Washington Are Furious That the U.S. Gives Money to COVAX While China Sells Vaccines to the Alliance 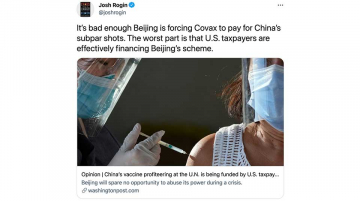 Washington Post columnist Josh Rogin channeled the widespread anger on Capitol Hill and in the Biden administration over last week’s news that COVAX will buy 500 million doses of COVID-19 vaccines from Sinopharm ...
Previous Story: Most G7 Countries Really Do Want to Challenge China’s BRI, They Just Can’t Agree How
Next Story: Why This Chinese Factory Video is Causing Quite a Stir on Social Media in West Africa