Chinese Finance Minister Liu Kun provided a robust defense of Beijing’s participation in the G20’s Debt Service Suspension Initiative and said his government is doing more than any other in the group in providing billions of dollars of debt relief to the world’s poorest countries.

“China is the country with the largest amount of debt relief among the G20 members,” said Liu in an interview published on Friday on the Ministry of Finance’s official site in the run-up to this weekend’s G20 summit. In total, the finance minister claimed total debt relief totaled $2.1 billion, but he didn’t give a precise breakdown of which countries were aided and what the terms of those settlements were.

Once Angola Renegotiates its Debts, There May Not be Much Money Left Over For Anything Else 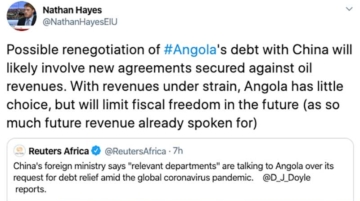 Nathan Hayes, an Africa analyst at the Economist Intelligence Unit in London, highlights Angola’s dilemma in the ongoing talks to restructure its debts. With the price of oil so low due to the ... 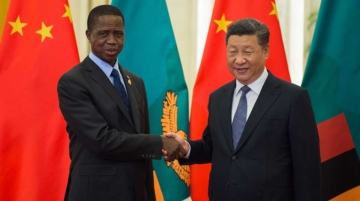 We’ll know next week if Zambia is going to be the first African country this year to default on part of its debt, or if it’ll get the repayment reprieve it’s been asking ...

Hichilema Acknowledges Zambia’s Debt “Hole” is Bigger Than He Thought 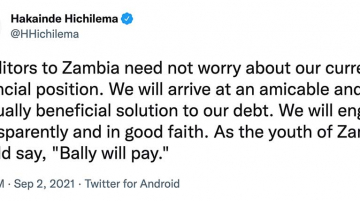 Newly-elected President Hakainde Hichilema’s brief honeymoon with the international financial community may have come to an end on Wednesday when he publicly acknowledged what’s long been suspected: that Zambia’s hidden debts are far ...
Previous Story: China and the G20’s New “Common Framework” For Debt Relief
Next Story: G20 Wraps Up Summit With Lots of Promises But Very Little Concrete Action on Debt Relief