There are growing calls for international lenders to cancel or at least reschedule significant portions of Africa’s debt as economies one after across the continent another sink into recession as a result of the worsening COVID-19 outbreak. Earlier this month, Ethiopian Prime Minister sounded the alarm when he called on international lenders to forgive African debt. He later received support from Senegalese President Macky Sall, South African President Cyril Ramaphosa and even major creditors including the World Bank and the International Monetary Fund.

What’s interesting though is that neither Prime Minister Abiy nor any of his counterparts directly addressed the Chinese in their appeals. Considering that China owns 20% of the debt in Africa and is the largest bilateral creditor in a number of the continent’s major economies, Beijing’s plays a disproportionately important role in this discussion.

China’s outsized role in the African debt issue highlights the fact that this is now a much more complicated issue than it was back in the day when it was just a small group of Western lenders, known as the Paris Club, that could make these decisions on their own. Today, Africans have borrowed extensively from private capital markets, the Chinese and others making it far more difficult for a small group of U.S. and European leaders to decide what to do on their own.

Tim Jones is following the African debt relief issue closely in his role as the Head of Policy for the Jubilee Debt Campaign, a London-based NGO that advocates for debt relief and fair lending practices in developing countries. He joins Eric & Cobus to discuss the complexities involved in the current debt relief debate in Africa amid the ongoing COVID-19 pandemic.

Tim leads research, policy, advocacy and media work at the Jubilee Debt Campaign. He is a trained political economist, holding a first-class degree in Economics and Politics, and a masters with distinction in International Political Economy. Before joining Jubilee Debt Campaign in 2010, Tim worked for Global Justice Now for 8 years, campaigning on debt, trade agreements and climate change.

How is China Going to Handle Debt Relief in Africa? 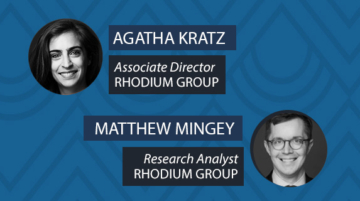 With economic conditions across Africa rapidly deteriorating, leaders across the continent are escalating their calls for the international community to provide emergency debt relief. Until ... 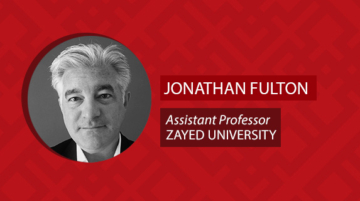 Amid the worsening COVID-19 epidemic, China’s Belt and Road Initiative is facing its single greatest challenge since President Xi Jinping launch the BRI in 2013 ...

Initial Reflections on an Unprecedented Crisis in China-Africa Relations 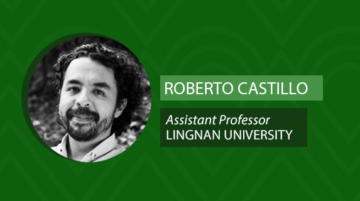 The widespread evictions and mistreatment of African migrants in the southern Chinese city of Guangzhou has caused a serious rupture in China-Africa relations. Chinese ambassadors ...
Previous Story: African Futurist Jakkie Cilliers Looks Beyond Today’s COVID-19 Crisis
Next Story: The Future of Chinese Rail Financing in Africa