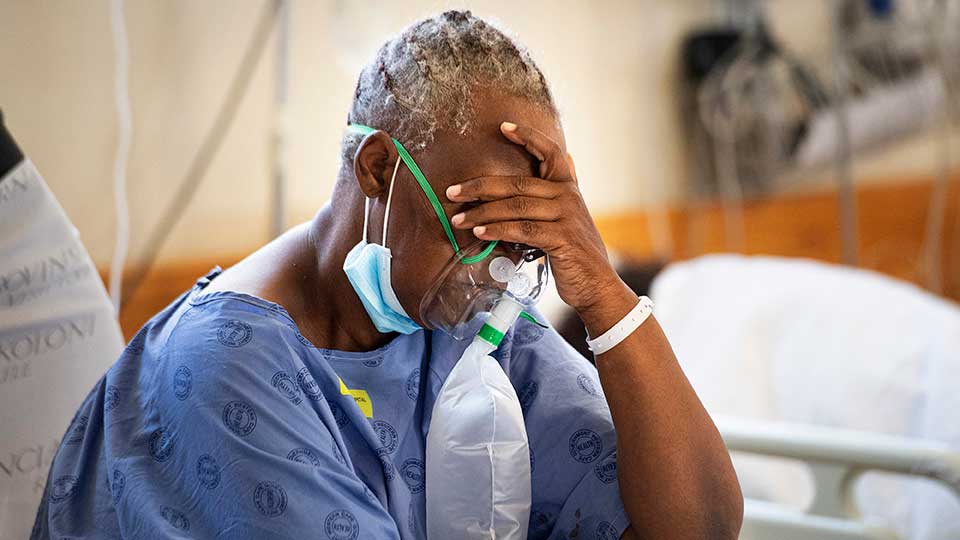 A patient with the COVID-19 breaths in oxygen in the COVID-19 ward at Khayelitsha Hospital, about 35km from the centre of Cape Town. RODGER BOSCH / AFP

We face a massive conundrum: while more and more global problems are coming our way, almost all our problem-solving power remains ensnared by the apparatus of the nation state.

States are inherently insular, and self-obsessed. The mythos of an imagined community, which galvanizes people who have never met into thinking of themselves as ‘a people’ depends on this insularity. This makes the modern nation state particularly weak as a tool for global cooperation.

COVID-19 has been a master class in this contradiction. The crisis has presented an unprecedented moment where everyone, no matter where they are, face essentially the same set of problems: a contagious disease highly suited to spreading through the economic activity that are these countries’ lifeblood. A similar set of health and economic problems are cropping up everywhere.

In theory this would present a perfect opportunity to forge tools for international cooperation, a moment to slip the bounds of the state. In reality, the opposite has happened. The state is stronger than ever, and much intellectual energy is being used to think of the crisis on a state-by-state level.

The debates around vaccine hoarding by Western countries and vaccine diplomacy by rising powers are similar, in that they reveal that we have almost no institutional  tools for global problem solving other than the nation state, or bodies made up of nation states that inevitably end up being hamstrung by their rivalries. The problem is that the state is an early-modern construct now aimed at late-modern problems. It’s like trying to use a Model T Ford to drive to Mars.

COVID-19 is revealing of this moment, even if it raises more questions than answers. These include whether so-called vaccine diplomacy among rising powers like China and India represent a challenge to, or a continuation of the ‘every country for itself’ ethos created by the dominance of the nation state. Another is what our seeming inability to approach vaccination as a true global public good augurs for how we’ll deal with bigger problems.

COVID-19, massive as it is, is still the global public problem version of a bike with training wheels. For all its horrors, it’s still a single set of problems hitting a relatively intact system. In comparison, dealing with climate change will be like taking off the training wheels and then riding that bike on a crowded expressway in the middle of a hurricane.

I really hope we’re learning enough from the contradictions of the COVID-19 crisis that we’ll be prepared for future challenges. But nothing makes me more worried on that score than our current COVID-19 responses.

If You Aren’t Terrified About What’s Happening in India, You Should Be 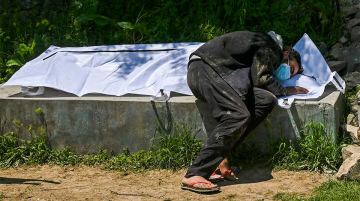 Watching the calamity unfold in India from here in Vietnam feels like staring at a category 5 typhoon that’s barreling straight at you. There’s nowhere to run, nowhere to hide. With 350,000 infections a day, ...

The Winding Road of the COVID Crisis 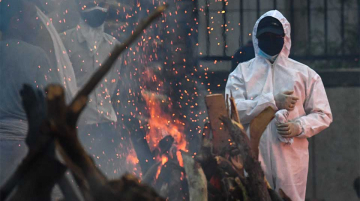 O Get a daily email packed with the latest China-Africa news and analysis. Read exclusive insights on ...

Even After Learning Chinese Vaccines Aren’t as Effective, Developing Countries are Committed to Using Them. Here’s Why. 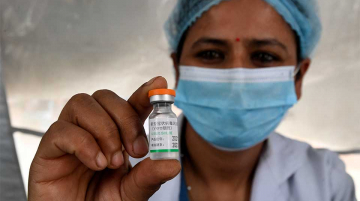 The low-efficacy rates of Chinese-made COVID-19 vaccines emerged as one of the main reasons cited by Beijing’s critics in the U.S. and Europe as to why developing countries should think twice about procuring ...
Previous Story: Africa’s Most Indebted Countries Caught in a Vice Between Creditors and Credit Ratings Agencies
Next Story: Yes, of Course, China’s Using Vaccines to Boost Its Soft Power