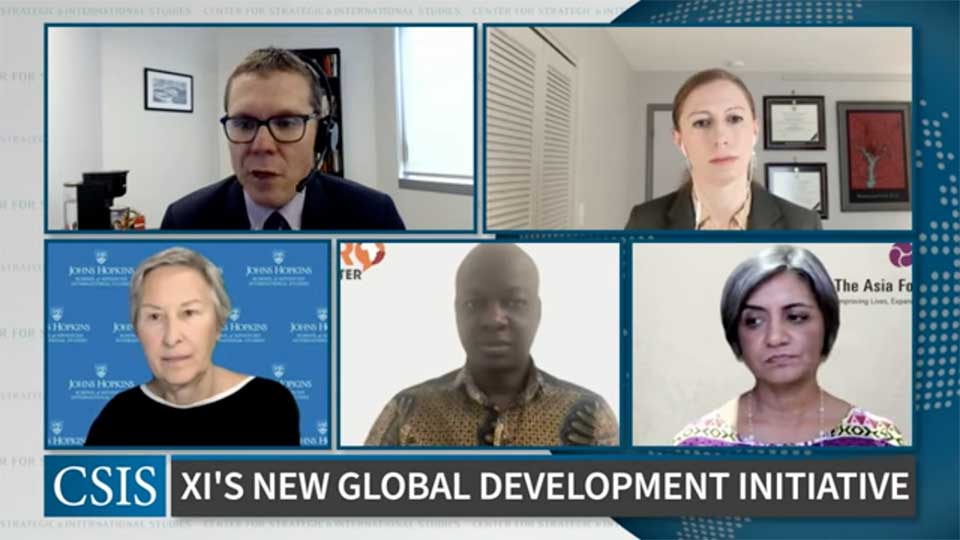 In a speech before the United Nations General Assembly in September 2021, President Xi announced the Global Development Initiative (GDI) which outlines China’s vision to be a global leader in developmental affairs. The GDI is a wide umbrella that covers areas such as public health, poverty alleviation and several other issues. However, a year after its launch, many questions still persist about what it entails, how it will be implemented, and whether it complements or differs from the more well-known BRI. Additionally, the GDI has generated interest in the U.S with some circles deliberating on whether it might compete with American aid and development programs.

In the second event under its Interpret China Project, the influential think tank Center for Strategic & International Studies (CSIS) brought together a group of leading U.S. and African analysts and scholars to unpack the GDI and its implications. Jude Blanchette, Freeman Chair in China Studies at CSIS, was joined by Deborah Brautigam, director of China-Africa Research Initiative, and Bernard L. Schwartz Professor of International Political Economy, Johns Hopkins University SAIS, Samantha Custer, director of policy analysis at AidData, College of William & Mary, Joseph Asunka, CEO of Afrobarometer, and Anthea Mulakala, senior director for international development cooperation at The Asia Foundation.

Global Times Just Comes Out and Says It: Africa Should Abandon Democracy and Follow China’s Development Model Instead 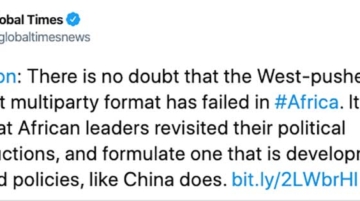 Over the years, China has actively promoted its party-led governance model in Africa over more pluralistic forms of government common in the U.S. and Europe. But, for the most part, they’ve kept that ...

While the CCP is Viewed With Skepticism in the U.S. and EU, That’s Definitely Not the Case in Parts of Africa 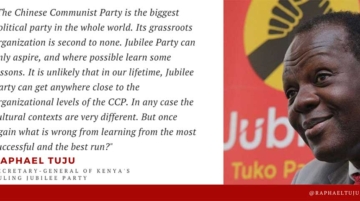 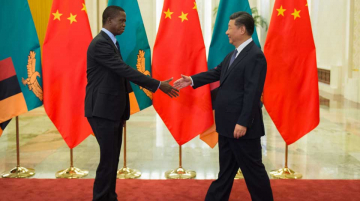 A U.S. and European observers often wonder why African leaders have so thoroughly embraced engagement with China despite warnings of predatory lending, cyber espionage and so forth. In many policy circles, there’s genuine ...
Previous Story: Security, Trade Top Agenda During Wang Yi’s Meeting With Gulf Ministers in New York
Next Story: Mapping BRI Infrastructure