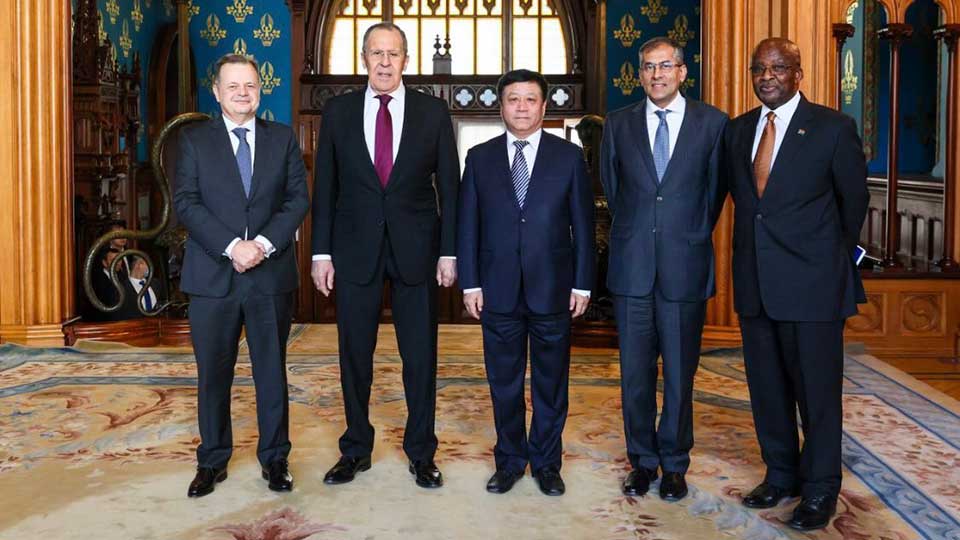 Russian Foreign Minister Sergey Lavrov (photo, second from left) met with ambassadors of the BRICS countries earlier this week to discuss the crisis in Ukraine. The meeting formed part of Moscow’s campaign to characterize the Western-led sanctions against Russia as unjust.

The BRICS bloc, made up of Brazil, Russia, India, China, and South Africa, is emerging as an axis resisting global pressure on Russia following the violent invasion of its neighbor. China, India, and South Africa abstained from a UN vote in early March condemning Russia, and Brazil has vacillated about its position. 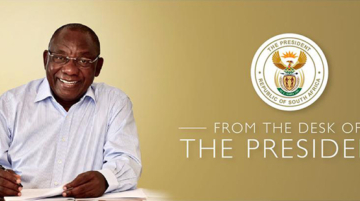 BRICS Members Back China’s Call to Expand the Bloc 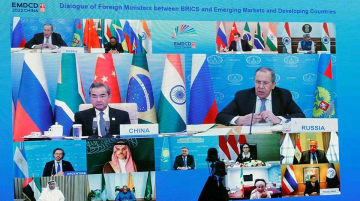 Foreign Ministers from the five-nation BRICS group agreed to support China’s call to expand the bloc for the first time in more than a decade when South Africa was added. Member states said ... 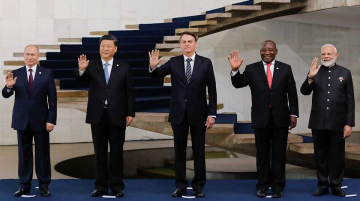