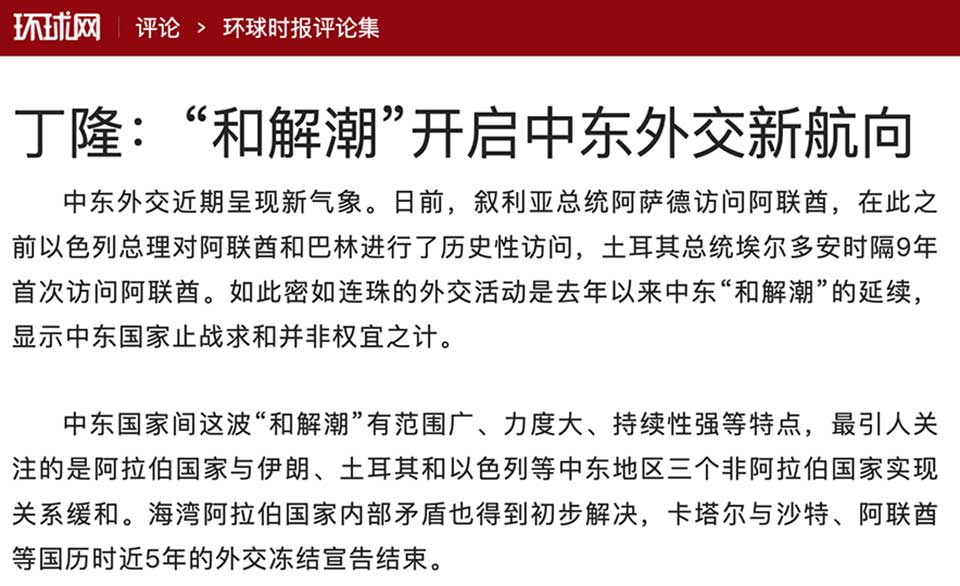 The retreat of the United States is causing a ‘wave of reconciliation’ in the Middle East and reorienting these countries towards China. So says Ding Long, a prominent professor at the Middle East Institute at Shanghai University of International Studies.

Ding argued in an op-ed for the Chinese version of Global Times that the thawing of relations between Saudi Arabia and Iran, or Israel and the United Arab Emirates, points to a wider move towards cooperation largely due to an American retreat from the region.

He feels this shift is causing Middle East nations to look towards China, and that the recent flurry of Chinese Mideast diplomacy reflects a growing regional alignment with Chinese development-led models of peace-making.

Ding Long’s View of the Middle East’s “Tide of Reconciliation”:

Read the full column on the Chinese edition of the Global Times newspaper. 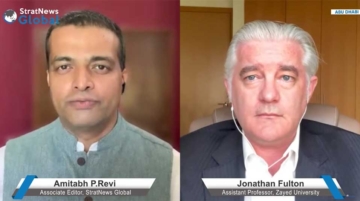 Zayed University Assistant Professor Johnathan Fulton is seemingly on a one-man mission to try and get everyone to calm down about news of a huge $400 billion, 25-year China-Iran oil-for-infrastructure deal. The deal has sounded ...

China’s Growing Influence in the Middle East and North Africa 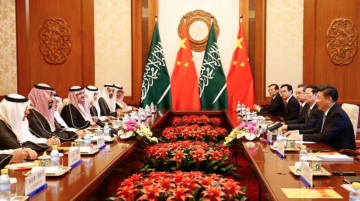 China’s presence in the Middle East North Africa region has been steadily rising over the past 25 years and is now entering a new, more complex phase that extends beyond commercial ties to also include ... 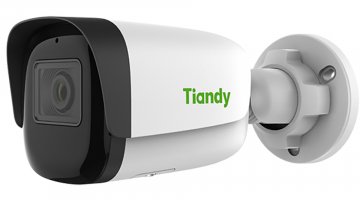 One of China’s largest video surveillance companies, Tiandy, is reportedly selling large quantities of sophisticated AI-enabled cameras with facial recognition technology to Iran’s Revolutionary Guard and other Iranian security services, according to ...
Previous Story: Wang Yi Meets With African and Mideast FMs on Sidelines of OIC Gathering
Next Story: If You Want to Read Bad Things About China’s Engagement in Africa, You’ll Enjoy the Hoover Institution’s New Handbook