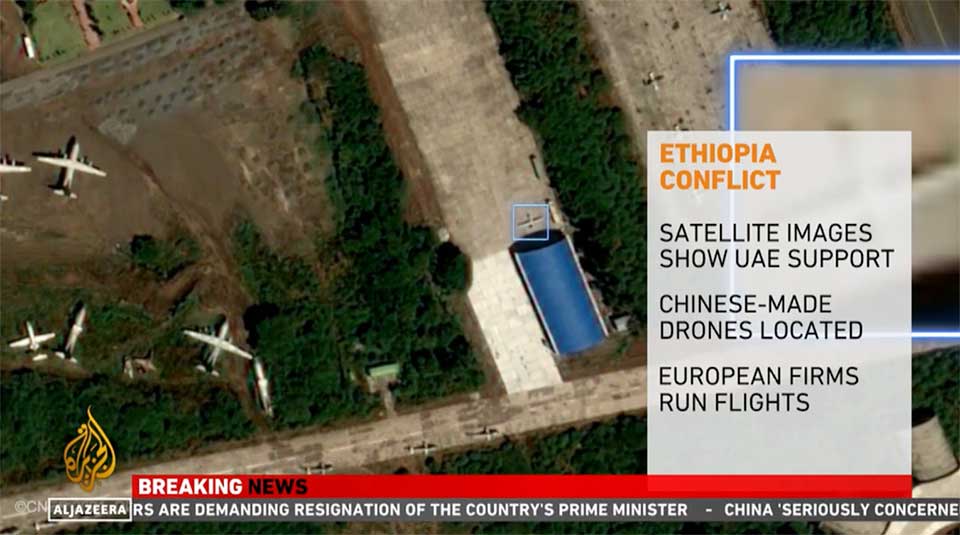 Recent gains by Ethiopian government troops in pushing back Tigrayan opposition forces may have been helped by the use of sophisticated unmanned aerial vehicles (UAVs) from Turkey, Iran, and China, according to satellite photos seen by Al Jazeera. The role of the UAE is particularly important, because it might have provided a conduit for the Chinese-made Wing Loong II unarmed reconnaissance drones that have been spotted in Ethiopia.

Analysts say the Wing Loong II is an especially potent tool as it can operate at much higher altitudes, well out of range of Tigrayan anti-aircraft weapons, and can serve as a precise target designator for short-range ballistic missiles, many of which incidentally have been imported from China. 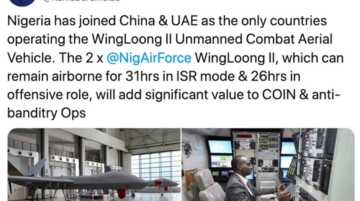 The Nigerian Air Force (NAF) marked the arrival this week of a pair of Wing Loong II attack drones from China. The Wing Loong II is among China’s most sophisticated unmanned ... 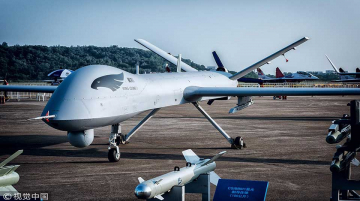 The Ethiopian military showed off what appear to be two newly-acquired attack drones, a Turkish Bayraktar TB2 and a Chinese-manufactured Wing Loong 1. The two drones were spotted ... 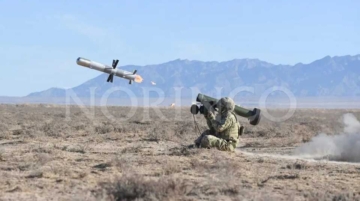 In a somewhat surprising move, the Chinese military will not be the first client to get its hands on the new HJ-12 (红箭-12) shoulder-mounted anti-tank missile system produced by the large state-owned weapons contractor NORINCO. ...
Previous Story: U.S., European News Outlets Fail to Question Pentagon Assertion China Wants to Build Atlantic Base in Africa
Next Story: Chinese Contractors Begin Work on One of the DR Congo’s Most Important Roadways