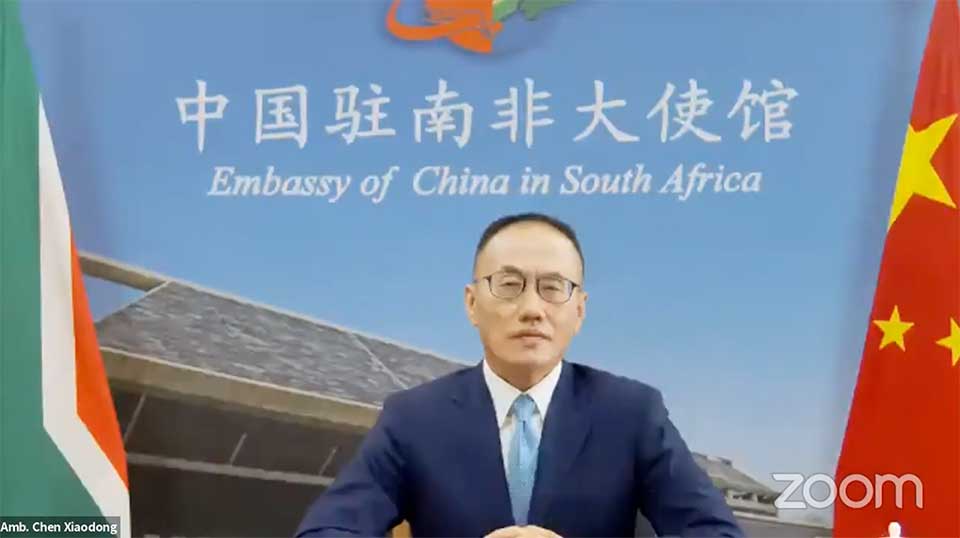 Chinese ambassador to South Africa, Chen Xiaodong, delivers the opening remarks at an online discussion among Chinese and African scholars and diplomats about the future of ties between the two regions.

The South African Institute of International Affairs (SAIIA) together with the Chinese embassy in Pretoria hosted an online forum last week that featured discussions among Chinese diplomats, including Ambassador Chen Xiaodong, and scholars from both China and Africa to discuss the future of ties between the two regions.

The marathon event, coming in at just under four hours, was hosted by SAIIA’s lead China-Africa researcher and CAP co-founder Cobus van Staden. The Chinese scholars who spoke at the event all read from prepared texts that largely re-stated long-standing positions (e.g. China-Africa relations should “resist external influence” and “support multilateralism” among others) but the panelists from Africa were far more nuanced and animated in their remarks.

ICYMI: The 2020 CARI Conference is Now Available to Watch Online 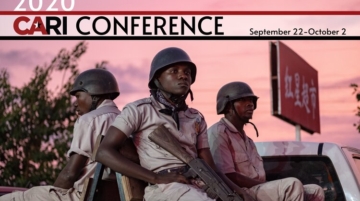 If you haven’t been able to sit in on the China-Africa Research Initiative’s ongoing annual conference, the discussions are now available to view online.  This year’s conference focuses on China-Africa security relations and ... 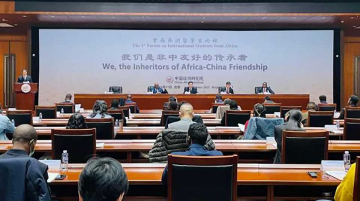 Students from 36 different African countries gathered in Beijing on Sunday to take part in the first-ever African students’ forum organized by the China-Africa Institute with the support of the Chinese Academy of ... 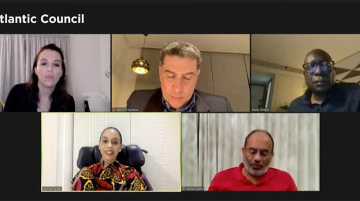 The Atlantic Council, a Washington, D.C.-based think tank, convened an online roundtable on Tuesday of senior-level analysts from across Africa to discuss the outcomes of this week’s FOCAC conference in Senegal ...
Previous Story: Lina Benabdallah Reflects on How This Year’s FOCAC Will Differ From Past Gatherings
Next Story: Representatives From 50 African Countries Take Part in Inaugural China-Africa Beidou Forum