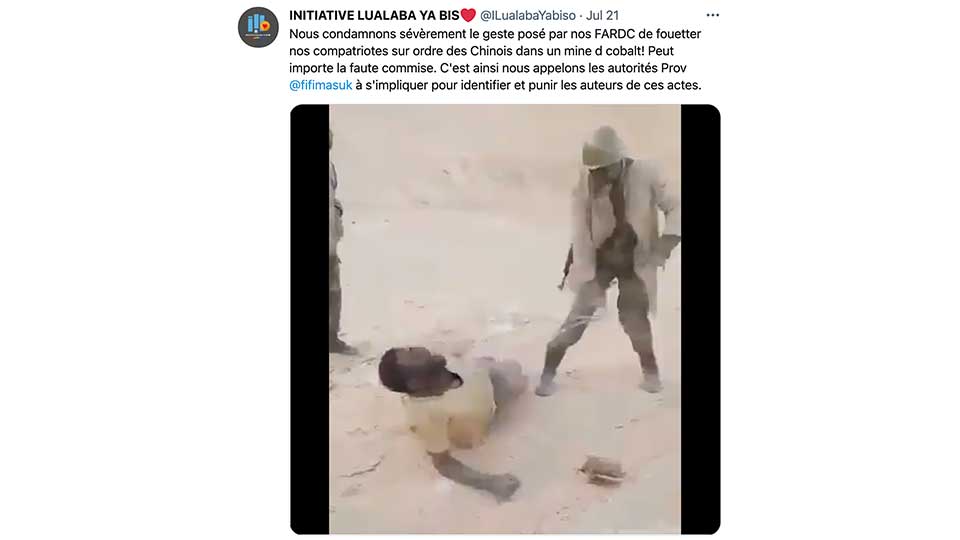 TWEET TRANSLATION: We severely condemn the action taken by our FARDC to whip our compatriots on the orders of the Chinese in a cobalt mine! Regardless of who's at fault. This is how we call on [interim governor] Fifi Masuka Saïni to get involved and punish the perpetrators for these acts.

The Armed Forces of the DR Congo (FARDC) took swift action this weekend against two of its own soldiers and a pair of Chinese nationals for their involvement in the recent violent beating of local artisanal miners.

The incident took place last Tuesday at the Chinese-run COMIS mine in the southeastern town of Musonoyi in Lualaba province where a video captured a FARDC soldier brutally whipping a man on the ground. Another soldier looked on in the background. When the camera panned away from the beating it revealed a trio of three Chinese nationals looking on and recording the incident on their phones. 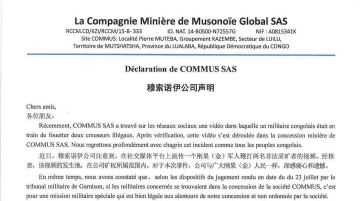 The Chinese-run mining company at the center of a high-profile controversy over labor abuse in the Democratic Republic of the Congo issued its first response to the videos that went viral last week ... 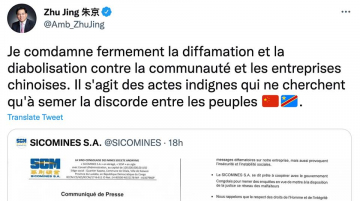 China’s ambassador to the DR Congo, Zhu Jing, reacted angrily on Monday to a video circulating on Congolese Twitter that purportedly shows a Sicomines worker exhuming the corpse of one ... 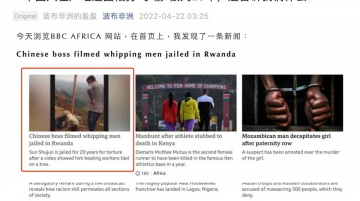 This week’s sentencing of a Chinese mine owner in Rwanda to twenty years in prison for whipping an employee drew a sharp reaction from African netizens. However, beyond a pro forma statement ...
Previous Story: Week in Review: Trade, Tilapia and Transmission Lines
Next Story: Zambia’s Amazing Come From Behind Draw Against China at the Olympics